Adjectives Starting with C – 372 Words to Boost Your Vocabulary

Adjectives are descriptive words, with which we can quantify and identify individuals and unique things. We rely on parts of the speech in the English Language to refine and give structure to our sentences.

We can place sentences before our nouns or pronouns or even after them, depending on your sentence type. However, you can also use more than one adjective in a sentence. After all, being descriptive and detailed helps the readers visualize the scenes or information that the writer is describing.

Let’s briefly take a look at the kind of adjectives we have.

The bright and sunny day was ideal for a picnic at the beach.

Bright and sunny are the two coordinate adjectives in our example above.

The beauty of adjectives is that they’re so easy to guess by their names and determine the purpose they serve. Demonstrative adjectives help us refer to or demonstrate specific things, animals and people. For example: that, this, those and these.

We have three interrogative adjectives that help us modify nouns too. We use them these adjectives to ask questions. They include whose, what, and which. For example:

Now that we have taught you what adjectives are, let’s test your skills on the concept. Choose the adjective from the options below:

Adjectives are the describing words that help us modify nouns and pronouns. The next time you need help crafting your content with adjectives start from C, you will have our handy list to assist you.

In the next article you can know about adjectives starting with D.

« Adjectives Starting With S: 632 Words to Boost Your Vocabulary
What is 1/4 as a decimal? » 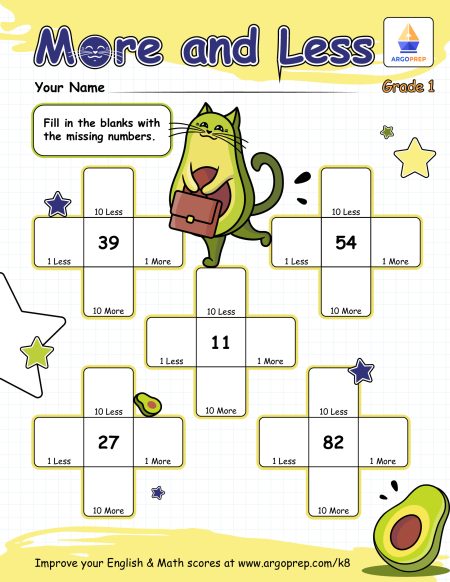 There are five puzzles on this cute worksheet that students can use to become more familiar with the way numbers work. They’ll identify two numbers by counting by tens – ten more and ten less than a given number. Then they’ll fill in one number before and after that same target number.
View 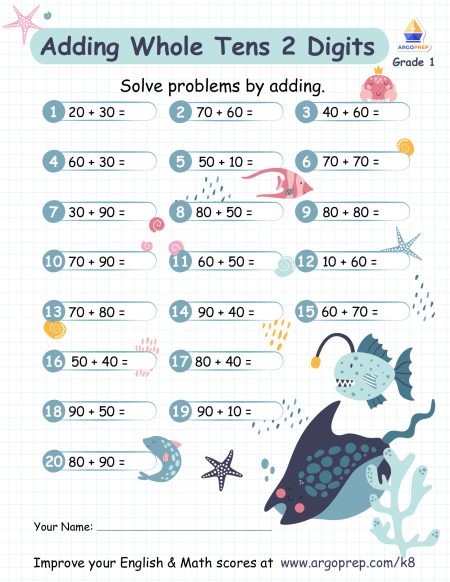 This worksheet is fantastic practice. It can boost confidence in working with two two-digit addends, as well. All of the numbers are whole tens, so students really only have to add the numbers in the tens place. None of the addends are greater than ninety, so sums are all fewer than two hundred. This is…
View 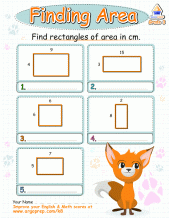 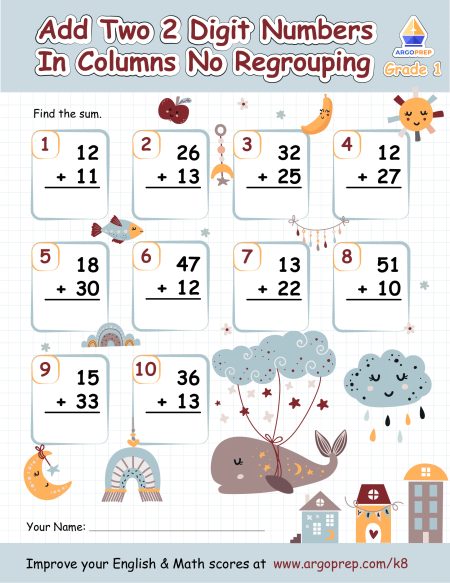 Students will love practicing two-digit addition with this peaceful worksheet! None of the ten problems presented here require regrouping, so students will feel comfortable and calm as they practice solving.
View 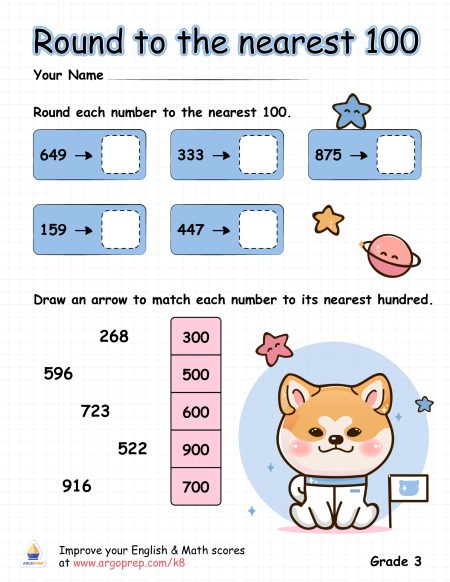 Newsflash! Cosmo, the astro-pup who has been exploring Planet Rounding in the math planets, has declared Planet Rounding safe for hundreds! Students can perform their own experiments, rounding to the nearest hundred, to confirm the validity of Cosmo’s claim.
View 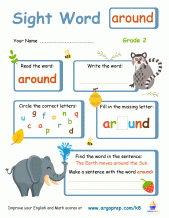 Good News All “Around”

Good News All “Around”

This worksheet is good news all “around” for your second grade students! They will identify, read, trace, color, and then write the word “around.” Students will soar by gaining new reading and writing skills!
View Saturn, aliens, the distributive property, and inequalities meet in this resource! Learners will soar to new heights as they complete these five problems by selecting each correct answer. Your seventh grade students will build confidence as they complete this individually, in partners, small groups, or during whole class instruction!
View Add it up! These bright dominoes are the feature of this worksheet. First, students count the dots on each domino to create an addition problem. After figuring out the addends, students will find the sum and then write each on the given lines.
View 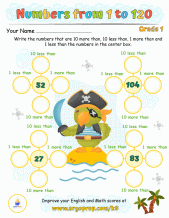 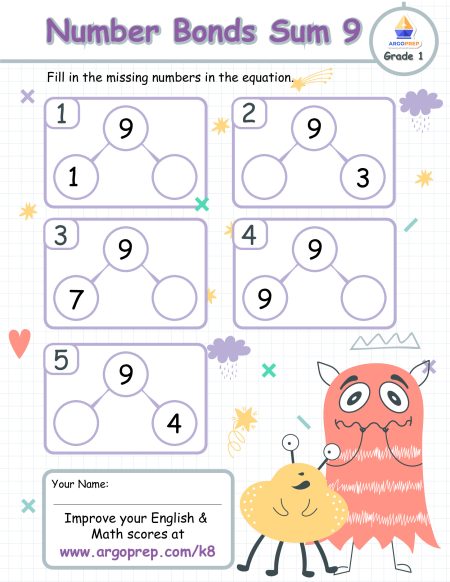 The funny scaredy-monsters on this worksheet will delight your kiddos! Students will also enjoy learning about number bonds with this page. They’ll fill in missing variables in any position. There are five questions.
View

12 Weeks of Math, Reading, Science, Logic, and Fitness Updated for Summer 2022, prepare your child for Grade 8 with our award-winning Kids Summer Academy workbook by ArgoPrep. ArgoPrep’s 2022 Kids Summer Academy Series is designed to keep students engaged and prevent summer learning loss. More importantly, students will be introduced to Grade 8 concepts so they can be one step…
Shop Now
SALE
Kindergarten

“Introducing Math!” by ArgoPrep is an award-winning series created by certified teachers to provide students with high-quality practice problems. Kindergarten math workbook is designed to provide you with a comprehensive over view of kindergarten mathematics. Our workbooks include topic overviews with instruction, practice questions, answer explanations along with free digital access to video explanations. Practice…
Shop Now
SALE
8th grade

Our science workbooks offer students with 20 weeks of practice of various science skills required for first grade including Physical Science, Life Science, Earth & Space Science, and Engineering. Engaging with the topic: Read a short text on the topic and answer multiple choice questions. Exploring the topic: Interact with the topic on a deeper level by…
Shop Now
SALE
1st grade

“Introducing Math and Science” by ArgoPrep is an award-winning series created by certified teachers to provide students with high-quality practice problems. The 1st Grade Math and Science workbook is designed to provide you with a comprehensive overview of 1st mathematics and science. Our workbooks include topic overviews with instruction, practice questions, answer explanations along with…
Shop Now
SALE
Kindergarten