Adjectives Starting with Y – 60 Words to Boost Your Vocabulary

An adjective is defined as a word that modifies a noun or pronoun. For example: a huge crowd, million stars, pearly jewelry has both nouns and adjectives. We can see that adjectives describe nouns while providing very specific information.

These descriptive words provide readers with imagery and bring life to a text. Adjectives are the words that we use to differentiate between opposite things like dark and light colors or sour and sweet flavors. This is done by describing the traits or qualities of a noun or pronoun. Moreover, these words also tell us about the number of nouns or pronouns.

For example, in the sentence ‘The instructor picked out 3 members’, the number 3 serves as the describing word for the noun: members.

There are 13 types of adjectives altogether. It is quite an interesting language tool but we understand that grammatical concepts can be tricky. This is why we offer an entire range of workbooks and printable worksheets for help.

Some common types of adjectives include:

Demonstrative adjectives: These adjectives are used to directly refer to something or someone. For example: this city, those bags, that idea.

Review how much you know about adjectives by taking the quiz below.

Identify the adjectives and choose the correct one from the options given.

Adjectives are describing words. They modify a noun or pronoun and enrich your written text with vibrant and interesting details. We can use adjectives both before and after nouns and pronouns. Remember to use our list of adjectives starting with Y the next time you write.

In the next article you can read about J adjectives.

« What is 1/2 as a decimal?
Adjectives Starting with W: 521 Words to Boost Your Vocabulary » 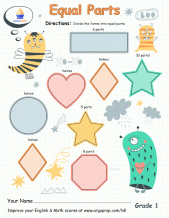 Your kids will be fraction-forming monsters by the time they’ve completed this practice! They’ll divide each of these eight shapes into the equal parts suggested. Some of these shapes are a little challenging to divide, but your kids will rock this practice!
View Elephant and Lion need some addition assistance! Students will practice vertical addition with one and two-digit numbers. They will also select correct equations. There are a total of five problems on this worksheet. It’s great for either a practice sheet or a quick assessment.
View 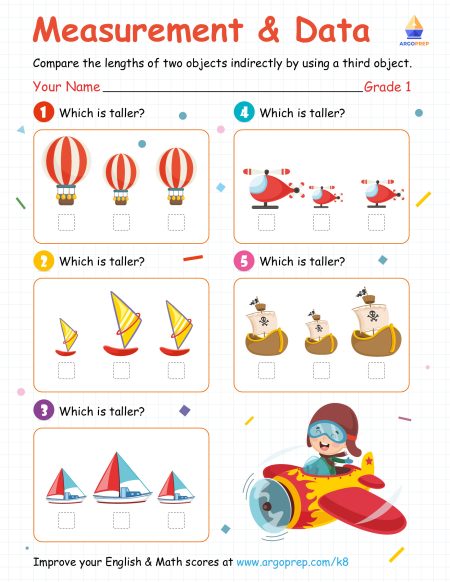 Up, Up, and Away with Measuring Length

Up, Up, and Away with Measuring Length

Hot air balloons, helicopters, and sail boats oh my! From the sea to the sky, each of these modes of transportation need to be measured. Using a third object, students will measure the length of each image to determine the tallest image in each group. A nonstandard unit of measurement will be used for this…
View 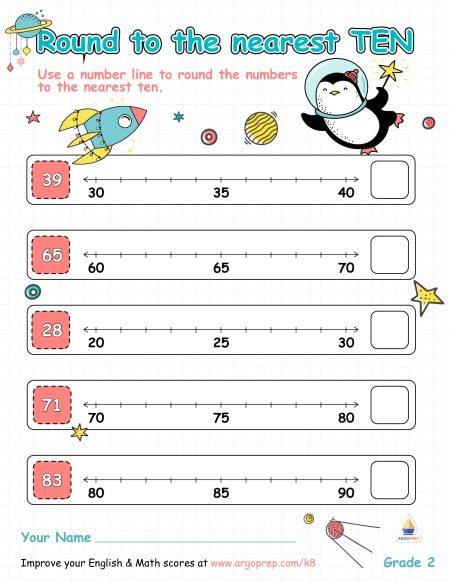 Can Penguins Toboggan in Space?

Can Penguins Toboggan in Space?

Persimmon Penguin is a huge fan of tobogganing (sliding along on her tummy) here on Earth, but can she toboggan in space? And if so, how far? Science will always find a way! Persimmon is setting up a series of experiments. She’ll need some help using these number lines to round to the nearest ten…
View 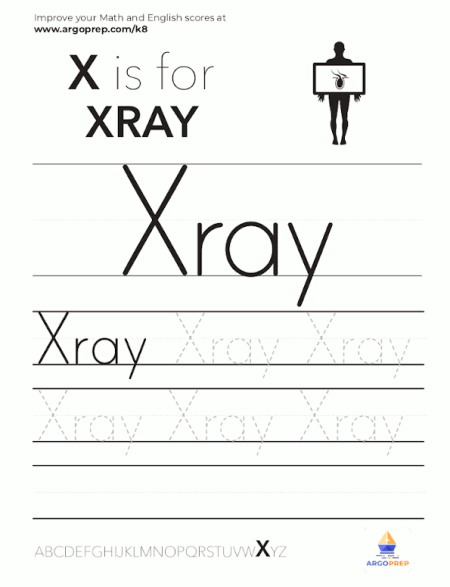 Ready to create some fun writing practice in your classroom? Our X-ray worksheet is a great place to start. Your little ones will happily trace the word, memorize it and practice perfecting it with our fun worksheet.
View 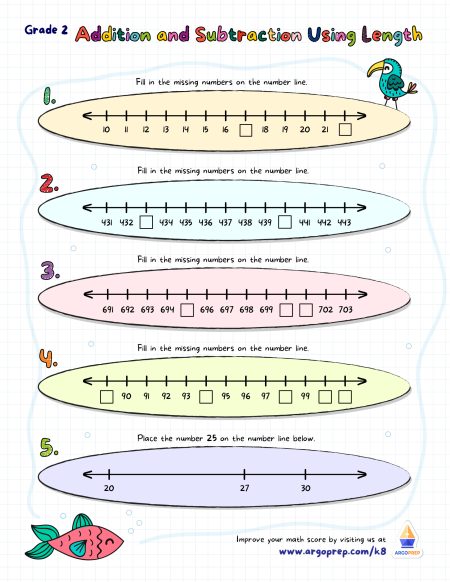 These number line based problems are a great visual for your second-grader! Number lines are used beginning in Kindergarten, so they make a handy and familiar tool. Students will add, subtract, recall numeracy patterns, and visualize where numbers belong spatially in this two-page review.
View
1st grade, 2nd grade, 3rd grade 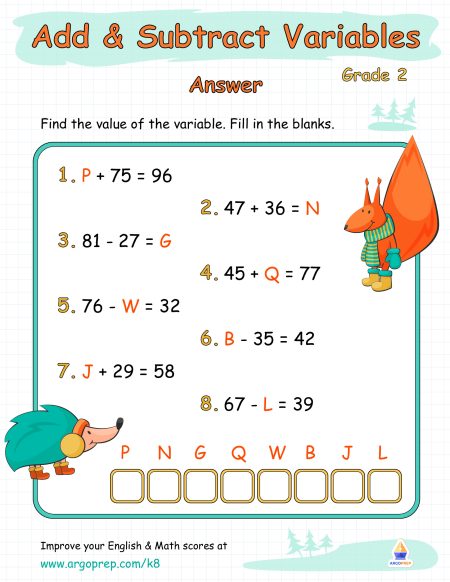 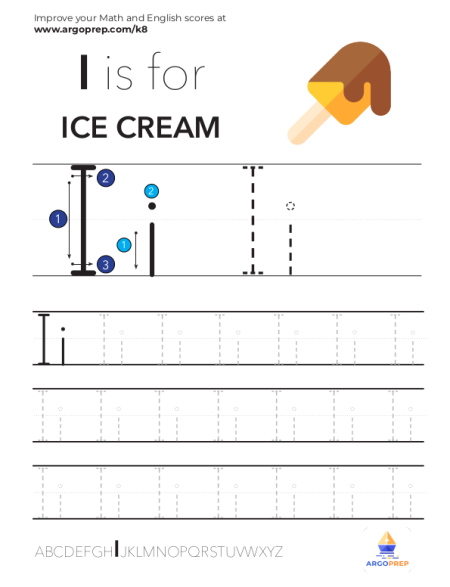 Are your tiny students ready to give letter I a try? Don’t let them do that without our worksheets. Get the trace letter I worksheet and watch them ace their handwriting and letter perfecting practice on it.
View

Get ready for Grade 1 with our award-winning summer workbook! This workbook provides twelve weeks of comprehensive review for Math and English Language Arts to help your child get ready for first grade. Each week also includes activities for science and social studies that is designed to spark your child’s curiosity. This workbook is designed…
Shop Now
SAVE $8 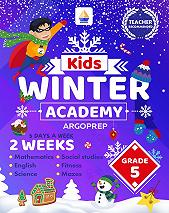 Sharpen your skills for Grade 5 over the winter break with our award-winning Winter Series workbook! This beautifully designed workbook (printed in full color) provides your child two weeks of practice activities for math, reading, science and social studies to work on during the winter break. We understand how coronavirus has impacted your child’s education…
Shop Now
SALE 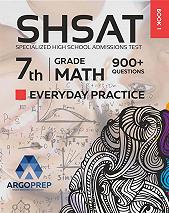 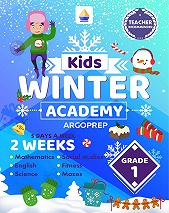 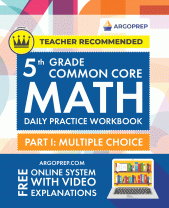 “Introducing Math and Science” by ArgoPrep is an award-winning series created by certified teachers to provide students with high-quality practice problems. The 2nd Grade Math and Science workbook is designed to provide you with a comprehensive overview of 2nd grade mathematics and science. Our workbooks include topic overviews with instruction, practice questions, answer explanations along…
Shop Now
SALE
2nd grade

5 min read
Words with Silent Letters
Blog K8
Many lament how people can be deceptive. However, feel nothing can be more deceptive than silent letters in English words. At times, some sneaky letters can make even the most accomplished language experts incorrectly pronounce a word. Therefore, we don’t blame you if you’re guilty of the same, because we too find it tricky to […]

10 min read
Corresponding Angles
Blog K8
We all must have very clear what an angle is, right? It is a geometrical figure formed by two rays that have equal initial point. Now, what comes to mind when you listen to the expression “corresponding angles”? Maybe is there an angle that corresponds to each person? Well… That doesn’t sound very geometrical! But […]