Did you know that the number of clues in a Sudoku puzzle should be at least 17 in order to have a unique solution?

This is just one of the curiosities about number 17! It is also the 7th prime number, and it can be classified into several special classes of primes, some of which we will study next.

Number 17 is prime because it doesn’t have proper factors. In other words, the only factors of 17 are 1 and itself. To be sure of it, we can use the following property.

On the other hand, a prime number of objects can’t be arranged into a rectangular grid with more than one column and more than one row.

This is another way of verifying that 17 is a prime number:

Which class of prime number is 17?

Seventeen can be classified into different classes of primes. However, as we will see next, it doesn’t belong to any of the three classes that we mention below.

Since 17 is not in the right column, it doesn’t have the form of a safe prime.

Do you know that 71 is a prime number?

« Adjectives Starting with W: 521 Words to Boost Your Vocabulary
Order of Operations (PEMDAS) » Working It Out with Unifriends

Working It Out with Unifriends

Whew! The unifriends are working up a sweat! Students can help them order their workout “reps” by putting these numbers in order. All of the numbers are between 0 and 100. Good news – smells not included!
View 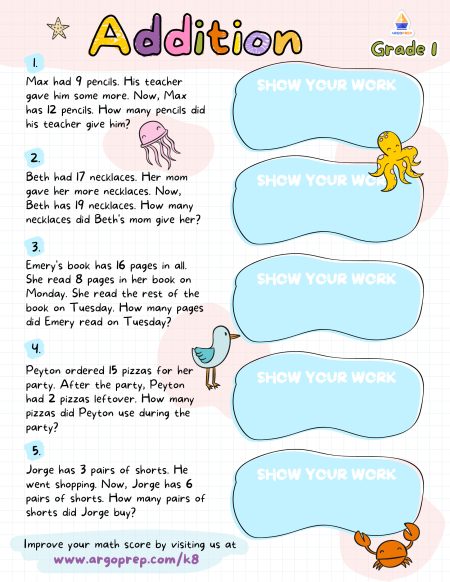 All the fun of adding by the ocean, none of the sand! Students will solve these sea-worthy addition word problems with ease if they’re familiar with regrouping. The sums range from single-digit to two-digit under twenty-five. Some questions can be solved either by addition or related subtraction. This is a great worksheet for spring or…
View 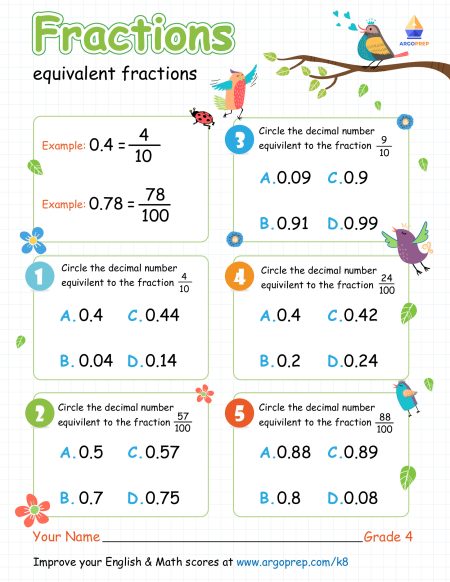 From Fraction to Decimal

From Fraction to Decimal

Students will love this “tweet” resource! In each of the five problems, they will find the decimal that is equivalent to the fraction presented. All the answers are provided in multiple-choice format.
View 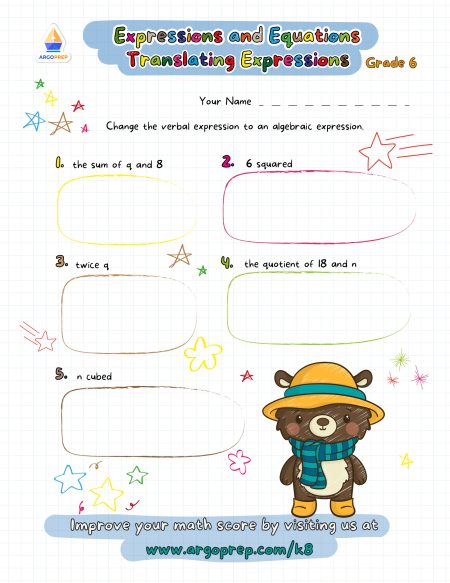 If a toucan can do ratios, well you can too! Students will flock to this worksheet where they can practice their talents with ratios. This five-question worksheet is a great practice, review, or assessment filled with real-life word problems with different topics that students will enjoy. Yes, we all can do ratios!
View 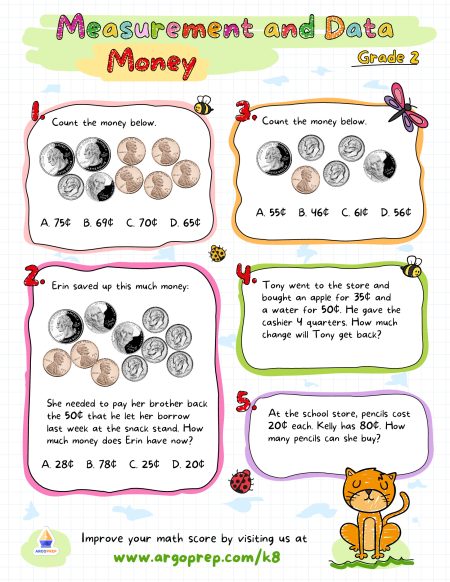 This money-counting worksheet is great practice for second-grade students. The first two questions ask students to count a collection of coins and select the matching amount in numbers. The other three questions are word problems. The only catch is that there’s a sleeping cat guarding the bottom of the page, so students need to be…
View 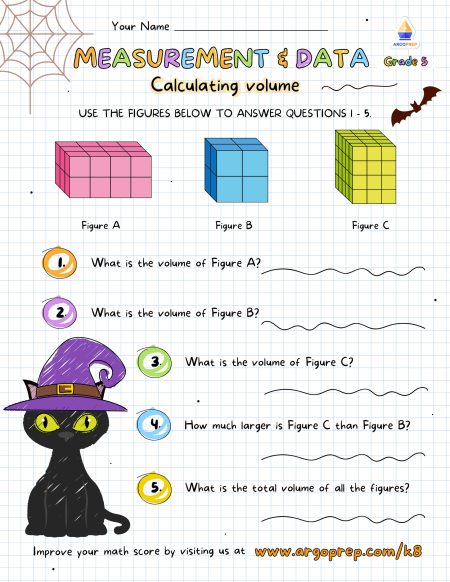 The black cat and spooky bat are eager and waiting for some help with calculating the volume in these problems! Colorful three-dimensional figures line the pages and five questions are ready to be answered. Your fifth graders are sure to love this colorful worksheet! A review, practice, or assessment, it’s a PURR-fect resource!
View
1st grade, 2nd grade, 3rd grade

Do you ever fear your children won’t be able to conquer the complex cursive writing art? Well, our easy to accomplish and extremely helpful cursive V worksheet will lay your fears to rest. Watch your students master the complex writing skill like champions on our stupendous worksheets!
View 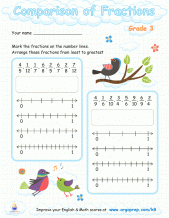 Updated for Summer 2022, prepare your child for Grade 10 with our award-winning Kids Summer Academy workbook by ArgoPrep. ArgoPrep’s 2022 Kids Summer Academy Series is designed to keep students engaged and prevent summer learning loss. More importantly, students will be introduced to Grade 10 concepts so they can be one step ahead when they…
Shop Now
SAVE $30
6th grade

Get ready for Grade 4 with our award-winning summer workbook! This workbook provides twelve weeks of comprehensive review for Math and English Language Arts to help your child get ready for third grade. Each week also includes activities for science and social studies that is designed to spark your child’s curiosity. This workbook is designed…
Shop Now
SALE 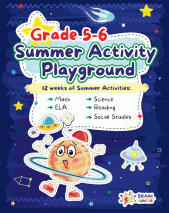 Get ready for Grade 6 with our award-winning summer workbook! This workbook provides twelve weeks of comprehensive review for Math and English Language Arts to help your child get ready for six grade. Each week also includes activities for science and social studies that is designed to spark your child’s curiosity. This workbook is designed…
Shop Now
SALE 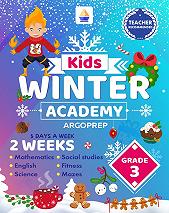 Sharpen your skills for Grade 3 over the winter break with our award-winning Winter Series workbook! This beautifully designed workbook (printed in full color) provides your child two weeks of practice activities for math, reading, science and social studies to work on during the winter break. We understand how coronavirus has impacted your child’s education…
Shop Now
SALE
8th grade 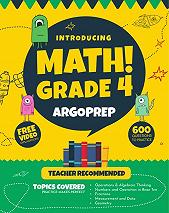 Introducing Math! by ArgoPrep is an award-winning series created by certified teachers to provide students with high-quality practice problems. This workbook is designed to provide you with a comprehensive overview of Grade 4 mathematics. Our workbooks include topic overviews with instruction, practice questions, answer explanations along with free digital access to video explanations. Practice in confidence – with ArgoPrep! Chapter 1 – Operations…
Shop Now

15 min read
Divergent Thinking in the Classroom – An Overview
Blog Educators
Nurturing creativity in your students is extremely important for encouraging growth and development. If you’re looking for easy yet effective tactics to do so, divergent thinking maybe your answer. It is a process that allows and helps students discover their abilities and creativity. By using divergent thinking strategies in your classroom, you can not only […]