Did you know that humans usually have 23 pairs of chromosomes that contain the genetic information of our body?

This is only one example of the many situations in which the number 23 appears in our lives. In what follows, we will study some properties of 23 as a prime number.

Number 23 is prime because it doesn’t have proper factors. In other words, the only factors of 23 are 1 and itself. To be sure of it, we can use the following property.

On the other hand, a prime number of objects can’t be arranged into a rectangular grid with more than one column and more than one row.

This is another way of verifying that 23 is a prime number:

Which class of prime number is 23?

Twenty-three can be classified into many classes of primes numbers. We will name three classes here, and then we will see to which of the number 23 belongs.

In the next article you can read about 47 which is again a prime number. These subtraction problems are all drawn out, but the equations that go with them have blown away! Students will count the total, count those crossed out, then represent how many are left. This quick five-question worksheet is perfect for practice or assessment.
View 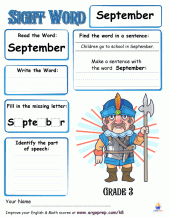 A “September” to Remember

A “September” to Remember

Make it a successful “September” for your students as they gain confidence with sight words! Sight words are key for reading success, and this worksheet will give learners the opportunity to identify, read, trace, color, and write a sentence focusing on the word “September.” They will be eager to learn for months to come!
View 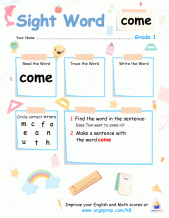 This colorful worksheet will help your students gain success with sight words, an important reading skill! It allows them to practice the word “come” as they identify, read, trace, color, and write. You will be able to watch them gain confidence as they learn!
View 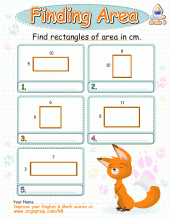 Our printable ‘Mastering the 2D Areas’ is an ideal platform for your students to practicing measuring 2D areas. This learning tool will make them problem solvers, while refreshing their memory of 2D shapes and important geometric skills. An undisputed mastery in the concept is just a worksheet away for your children!
View
1st grade, 2nd grade, 3rd grade These students are solving; can you help? Addition and subtraction are the focus of this great learning resource. With plenty of opportunities to show what they know, students will love racing with accuracy to complete the page! The race to success is on!
View

Your students will be “over” the moon about sight words with this learning tool! Let them gain new knowledge as they focus on the sight word “over” by identifying, reading, tracing, coloring, and writing. They’ll reach for the moon and at least land among the stars as they gain sight word success!
View
1st grade, 2nd grade, 3rd grade

Make your students competent cursive writers who can not only spell well, but also write well and recognize words of every size. In a world where typing has taken our human skills, our cursive worksheet ensures your students stand distinguished with excellent motor skills.
View 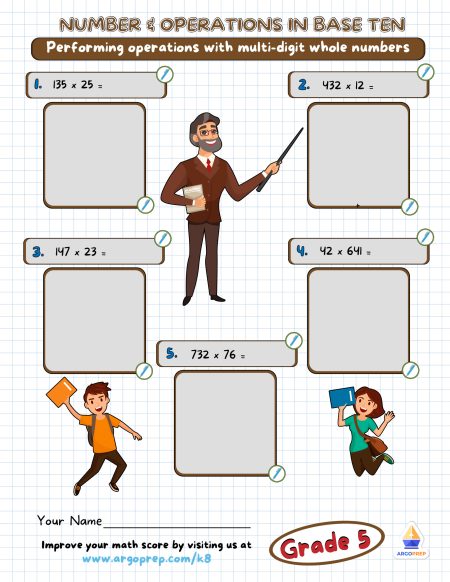 These students are all about multiplication and your learners will be too! With five problems and clear space to work, they can find each answer carefully and show you what they know. This tool makes a great practice sheet or can be used for assessment purposes. It’s one to keep in your file folder of…
View How Big is That Surface?

How Big is That Surface?

Using word problems, 6th-grade students will show their understanding of how to find the surface areas of shapes. Students will love the real-life examples they can use to practice their skills with surface area in this worksheet that can be used as a practice, review or assessment of learning.
View 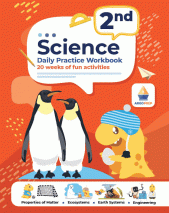 Get ready for Grade 5 with our award-winning summer workbook! This workbook provides twelve weeks of comprehensive review for Math and English Language Arts to help your child get ready for fifth grade. Each week also includes activities for science and social studies that is designed to spark your child’s curiosity. This workbook is designed…
Shop Now
SALE 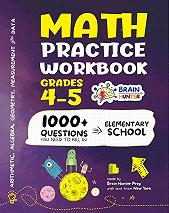 1000+ Questions You Need to Kill in Elementary School. Prepare your child for elementary school math with award-winning Math Practice Workbook for Grades 4 to 5. Used by teachers, parents and students nationwide this workbook provides elementary school children with comprehensive practice questions that cover a wide range of topics they will encounter in elementary school. Created by certified elementary school…
Shop Now
SALE
2nd grade

10 min read
What are the Components of Phonics?
Blog K8
Understanding phonics is complex, but if we take a closer look at the critical element of pronunciation from basics, we can get a basic idea. The basic skills of phonics include: The letter/sound direct understanding is to pronounce words then attach meaning to them. As your students grow, they use other decoding skills like recognizing […]