Let’s say you are at the store and there are two shirts that you really want to buy — but you can’t decide which shirt because they are both so nice! You ask your friend for their opinion, and they tell you that the blue shirt looks nice, but the green shirt is even nicer.

By telling you about the blue vs the green shirt, your friend just used adjectives!

All adjectives are words that describe something. Often, adjectives are used to describe an item… but not always. All adjective words describe nouns. (In case you need a reminder, a noun is a person, place, thing, or idea. For example, the following are all nouns: Roger Federer, tennis court, racquet, championship).

Adjectives can also describe pronouns. As a quick reminder, a pronoun replaces a noun. You can say “That’s his phone” rather than saying “That’s Quinton’s phone.” In this case, you are

There are other types of words that describe words besides adjectives. For instance, if I run quickly, I am using an adverb because I am describing the verb “run.” However, I can run in a white shirt — which is an adjective. Remember – all adjectives describe a noun. In this case, I am using the adjective “white” to describe the shirt used.

We generally use comparative adjectives when we are comparing two objects. In English, we tend to use the “-er” ending or the words “more” or “less” to compare!

Examples of the comparative
She has a bigger bed than I do.
He has one younger brother.
That movie was more boring than the sequel.

If your adjective is one syllable then add “-er” to use the comparative. This would turn the adjectives “blue” and “smart” into the words “bluer” and “smarter.”

If your adjective has two syllables and ends in any letter that is not the letter “y,” then you use “more” or “less.” You can have a “more yellow” piece of paper and a “less broken” computer.

We generally use the superlative when we are comparing three or more objects. In English, we use the “-est” ending or the words “most” or “lease” to compare.

It doesn’t matter if we are comparing three or three hundred — as long as there are three or more objects being compared, the superlative gets used.

Examples of the superlative

She has the biggest bed out of my four sisters..
He is the youngest of all his brothers.
That movie was the most boring one in the series.

If your adjective is one syllable then add “-est” to use the comparative. This would turn the adjectives “blue” and “smart” into the words “bluest” and “smartest.”

If your adjective has two syllables, what you do depends on the spelling! If your adjective ends in the letter “y,” the comparative ending becomes “iest.” You can act the silliest of your five brothers and sisters, but one of your sisters may be the jolliest of all five!

If your adjective has two syllables and ends in any letter that is not the letter “y,” then you use “more” or “less.” You can have a “most yellow” piece of paper and a “least broken” computer.

Most adjectives in the English language use the above rules — though there are a few exceptions. Look at the chart below for some common examples of irregular adjectives. Regardless if the adjectives are regular or irregular, all comparative and superlative adjectives adjectives compare two (comparative) or more (superlative) nouns.

In order to use the chart, simply use either the comparative or superlative form of the adjective instead of one of the rules mentioned earlier.

What are other types of adjectives?

These are the adjectives that you are probably the most familiar with. Like the name suggests, descriptive adjectives describe a noun’s characteristics. They can discuss size, color, taste, shape, personality, beauty, age, and so much more! When describing the tiny, energetic, loving dog, you have used the three adjectives “tiny,” “energetic,” and “loving.”

Do you want to eat this apple, or that apple? Should you buy these socks, or those ones? Demonstrative adjectives simply point out particular nouns.

Just like a proper noun refers to a specific person, place, thing, or idea, a proper adjective does the same. For example, if I am from the country of France (proper noun), I would say that I am French (proper adjective).

“Which,” “whose,” and “what” are the three examples of interrogative adjectives in English. These types of adjectives are often answered by using a demonstrative adjective.As an example, a mother asks her son, “Which game should I buy?” The son responds with “That one.”

Indefinite adjectives are used when you have some information, but not all of it. For example, imagine that a principal said that most of the students would graduate high school and go to college. As a reader, we do not know exactly how many will do this. Examples of indefinite adjectives in English include “some,” “most,” “many,” several,” and “much.”

« How many pounds are in a ton?
Teachers Pay Teachers vs. ArgoPrep » 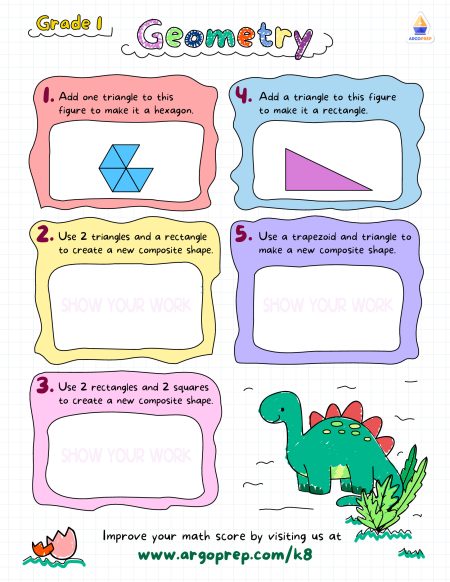 In this worksheet, students will use familiar two-dimensional shapes to create new shapes as described by each question. In several of these problems, the only requirement is to use a couple of familiar shapes to make something new. In others, the suggestion is to make a specific new shape out of familiar shapes. This is…
View 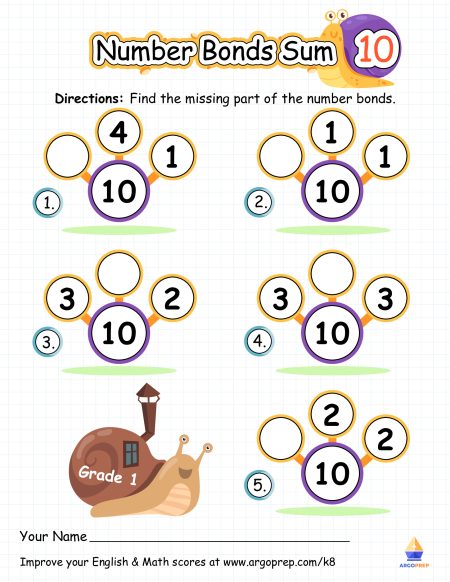 This snail is so cute with his adorable home on his back! Kids will love helping him with his “home” work! Each of the five problems on this worksheet has a sum of ten. Students will find the one missing addend of the three used to make ten. It’s a great practice sheet!
View 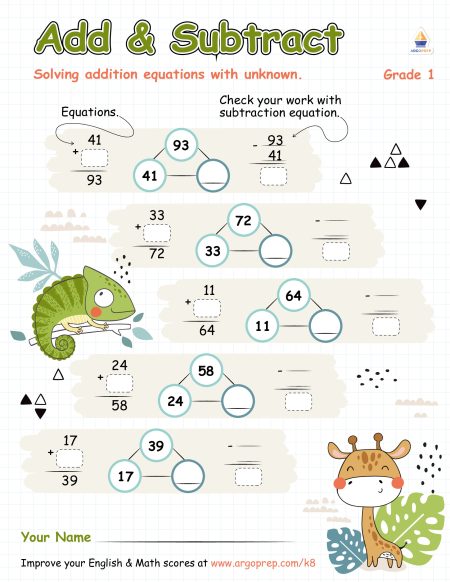 “Iguana” Do Math with Friends!

“Iguana” Do Math with Friends!

Iguana and Giraffe are besties with a purpose. They love doing math together! And these two particularly love “bonding” with related facts. Students will enjoy seeing the “friendships” between addition and subtraction in this chill worksheet.
View 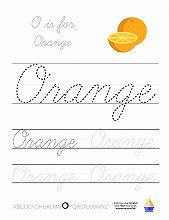 Cursive O is for Orange

Cursive O is for Orange

“Orange” you glad your child can practice cursive writing? This letter Oo worksheet is great for kids just beginning to explore cursive writing. All the letters are guided practice and traceable. There are a few words for them to practice writing as well, so they can review connecting other letters as well. Once they complete…
View
3rd grade

Rita and Dale are, by far, the most energetic data-collecting robots your students will have ever encountered. They’ve used the data they collected about fast-food favorites of four groups of students to create some bar graphs with the info. Unfortunately, Rita and Dale are a bit scattered when it comes to keeping things together. Speaking…
View 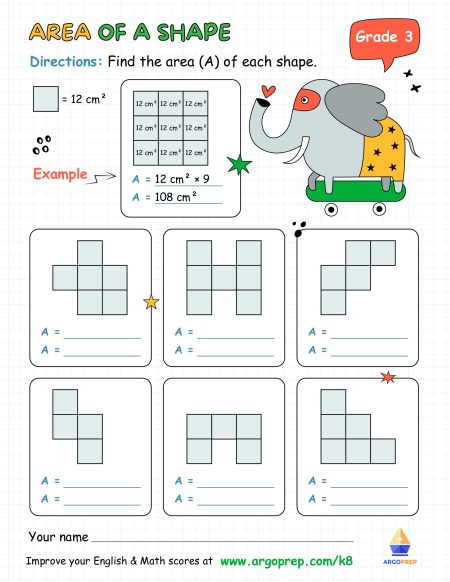 Quantum Elephant is an amazing animal that loves exploring area. Students will love the opportunity to be his faithful sidekicks! There are six practice questions for kids to show their math heroics.
View 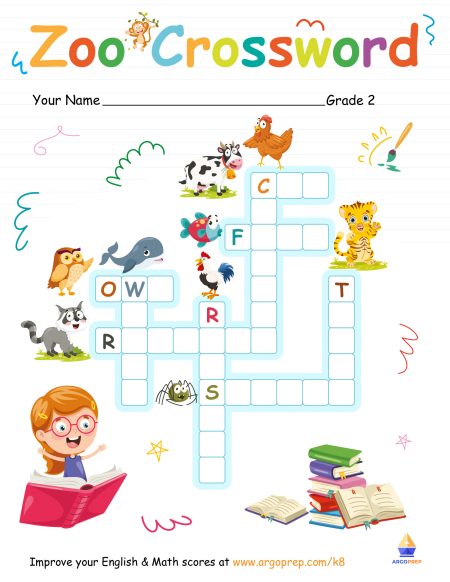 Animal names can be fairly challenging to spell.  Crossword puzzles add some fun to the challenge! On this worksheet, the puzzle includes eight animals: cow, chicken, fish, owl, whale, raccoon, rooster, tiger, and spider. This would make a fun center or independent morning work during your animal unit in the spring!
View 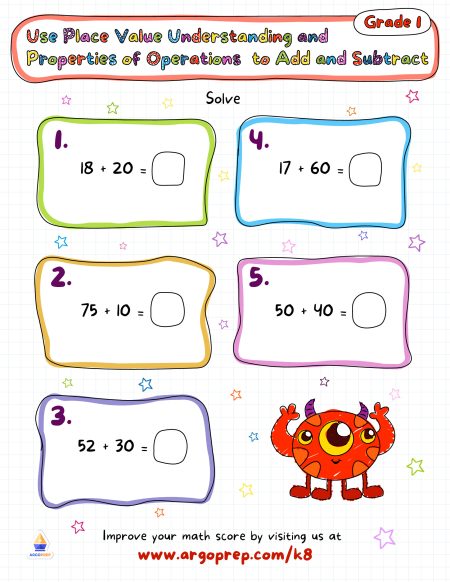 Monsters, place value, addition, oh my! This three-eyed, four-legged creature needs some math help! Learners read each problem carefully and then add to solve. Focusing on tens, students will have the opportunity to show what they know by completing these five monster math problems!
View 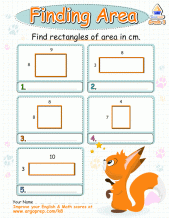 Calculating areas of two-dimensional shapes can overwhelm the young students. But our printable “Let’s Claim our 2D Areas’ worksheet makes it feel like a game and makes them all too eager to mark their territories. Our printable resource is a fine to make them problem solvers and clever area calculators.
View 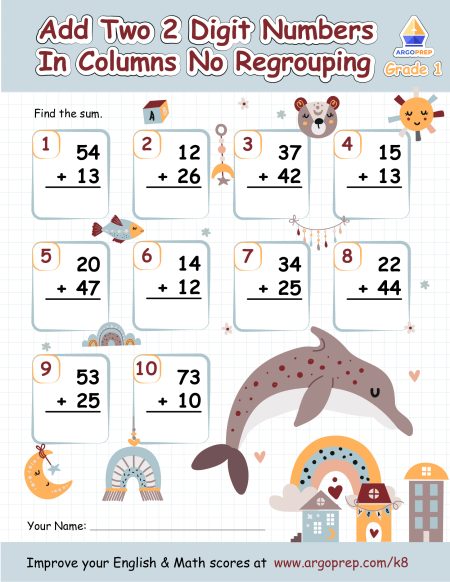 Students will love adding these two-digit numbers on “porpoise”! Each problem presents two-digit addition in columns. There is no regrouping required, which makes this worksheet great for double-digit-addition beginners.
View

Get ready for Grade 1 with our award-winning summer workbook! This workbook provides twelve weeks of comprehensive review for Math and English Language Arts to help your child get ready for first grade. Each week also includes activities for science and social studies that is designed to spark your child’s curiosity. This workbook is designed…
Shop Now
SAVE $8

ArgoPrep’s Kindergarten Math workbook prepares your child to learn basic foundational mathematical skills! Our workbook offers your child dedicated practice for number recognition from 0 to 20, number tracing, word tracing, counting, addition and subtraction skills, and much more. Your child will have a very fun time completing our award-winning workbook! This workbook was organized as…
Shop Now
SALE
1st grade

Introducing Math! by ArgoPrep is an award-winning series created by certified teachers to provide students with high-quality practice problems. This workbook is designed to provide you with a comprehensive overview of Grade 1 mathematics. Our workbooks include topic overviews with instruction, practice questions, answer explanations along with free digital access to video explanations. Practice in confidence – with ArgoPrep! Chapter 1 –…
Shop Now
SAVE $13 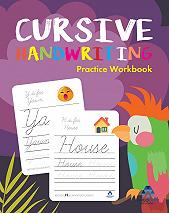 12 Weeks of Math, Reading, Science, Logic, and Fitness. Updated for Summer 2022, prepare your child for Grade 2 with our award-winning Kids Summer Academy workbook by ArgoPrep. ArgoPrep’s 2022 Kids Summer Academy Series is designed to keep students engaged and prevent summer learning loss. More importantly, students will be introduced to Grade 2 concepts so they can be one step…
Shop Now
SAVE $13 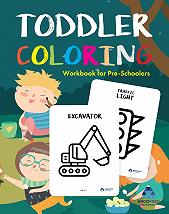 8 min read
What are Verbs? A Guide to the Most Active Part of Speech
K8
The English language functions through the use of various parts of speech. This list includes nouns, adjectives, and adverbs. But what are verbs? Are those essential to writing? The short answer is, yes, verbs are a crucial part of speech that you cannot ignore in writing. Just like you add sugar to cookies and expect […]

2 min read
Adjectives Starting with X – 94 Words to Boost Your Vocabulary
Blog K8
What are adjectives? Have you ever read sentences with adjectives like big, round eyes tattered pages lovely dress Now imagine the same nouns in complete sentences without the describing words. The text wouldn’t be as interesting, and more importantly, you will feel the need for specific details. This is why we have adjectives. Adjectives are […]