Kindergarten math curriculum is more important than many may realize. It’s not all about colors and the alphabet in those early years. While they are the simplest concepts, the math skills that your child will become familiar with will prove crucial in the years following.

In preschool, your basic math fundamentals through observation and play. At this stage, learning is less about structured teaching than it is about interactive, contextual, and observational comprehension.

They will learn the concept of numbers and counting from 1-10 through games and physical examples, such as on their fingers, or groups of objects. As a teacher, I’ve learned that the best kindergarten math curriculum is usually preschool heavy early one. This means that having those foundational skills is a must.

They will eventually grasp the names of geometrical shapes and their properties (such as, a triangle is a triangle because it has three sides). will take place in the home; there are a great number of ways to incorporate math into your child’s day-to-day activities. These basics will lay the foundation and prepare your student for kindergarten math curriculum.

Kindergarten math curriculum expands upon what your child has already learned. Teaching will become slightly more rigid; however, much of what your child will learn will still be through play and hands-on activities.

Remember when your child counted like this? “One, two, three, seven, eight, four, three…” As cute as it was, this should no longer occur. By the end of kindergarten, they should be able to count from one to twenty fluently. They will understand the order and relationship between these numbers. Your child will also be taught how to count in groups, such as in fives and tens. 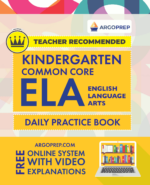 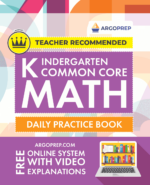 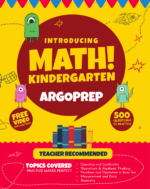 $12.99 – $19.99
“Introducing Math!” by ArgoPrep is an award-winning series created by certified teachers to provide students with high-quality practice problems. Kindergarten math workbook is designed to provide you with a comprehensive over view of kindergarten mathematics. Our workbooks include topic overviews with instruction, practice questions, answer explanations along with free digital access to video explanations. Practice…
Select options
Workbooks
…

They will not be taught about multiplication at this stage (this does not begin until after first grade). Rather, they will be familiar with patterns in number grouping (for example: “Five, ten, fifteen…”). They should also be comfortable with written numerals.

Your child will not be writing equations in kindergarten, but they will have a base concept for addition and subtraction. These ideas will be introduced with word problems and simple, situational examples. For example: “James has five shirts. John gives him two more shirts. How many shirts does James have now?” Or, “John has five shirts. He gives two shirts to James. How many shirts does John have now?” Comprehension of these types of problems will come largely through illustrations and physical representations.

Two-dimensional knowledge of shapes will be cemented in the kindergarten math curriculum. Basic three-dimensional shapes will also become familiar. Your child will learn their names and relationships to their two-dimensional counterparts (for example, recognizing that a sphere is similar to a circle, but that they are not the same shape).

Why These Concepts Are Important

As I mentioned before, the best kindergarten math curriculum creates a upon which future math is built. Each concept makes way for expansion and new, more complex ideas.

Your child’s ability to count is vital for their future studies. Understanding the way that numbers are written, their relationships to each other, and patterns in them will correspond with every aspect of math that they will face.

Addition and subtraction are introduced in the first grade. Symbols (like the plus sign and minus sign) are applied to encompass previously formed ideas. Without a grasp of the concepts laid out in kindergarten, your child may fall short of their peers.

Counting in groups is the doorway into understanding multiplication. “Five, ten, fifteen” gives way to “Three groups of five is fifteen,” and so on. Counting coins will be incorporated as well; group counting comes in very handy here. For example, if your child is comfortable with group counting and knows that a nickel is worth five cents, they can solve this problem: “Tom has four nickels. How many cents does Tom have?”

Get up to 70% off on Yearly and Lifetime plans.

There is a myriad of ways to help your child get ahead at home. Using physical items around the house to represent math problems is an excellent way to start. This way, your child will be learning with multiple senses, which is extremely beneficial and effective. Encourage your child to count on their fingers, on groups of items (such as toys, crayons, a handful of Skittles, whatever’s handy!) and ask them to speak the numbers out loud as they go along. This will reinforce their ability to count; at the same time, they will practice naming and ordering numbers correctly.

Play a drawing game: take turns drawing shapes and quiz your student on the name of the shape. Ask them to count the number of sides and corners each one has. Write out the name of the shape and the number of sides and corners as you go along. Gather up some pocket change and have your child count out each group of like coins. Don’t be afraid to get creative! Hands-on learning is ideal for your kindergartener.

If you are still searching for a way to boost your child’s kindergarten learning, ArgoPrep’s comprehensive, engaging, and fun learning platform is a sure way to help. 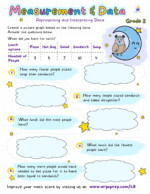 It’s lunch time! Learners will analyze the favorite food choices in the given data. Which did students prefer: pizza, hot dogs, sandwiches, salads, or soup? Their mouths will be watering as they work to solve each yummy problem in this five-question learning resource!
View 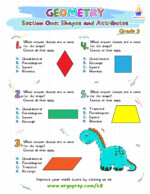 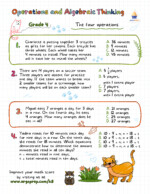 Story problems and algebraic thinking are the highlights of this worksheet! Fourth-grade learners will work around the cat and mouse and solve, choosing from four answer choices for each of five problems. You will appreciate the colorful illustrations and the usefulness of this learning tool. A great review, practice, or assessment, be sure to keep…
View 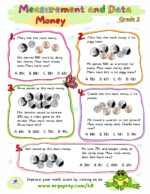 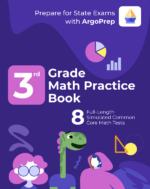 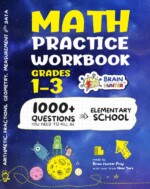 1000+ Questions You Need to Kill in Elementary School Grade 1-3 Prepare your child for elementary school math with our award-winning Math Practice Workbook for Grades 1 to 3. Used by teachers, parents and students nationwide this workbook provides elementary school children with comprehensive practice questions that cover a wide range of topics they will encounter in elementary school. Created by certified elementary…
Shop Now
SAVE $0 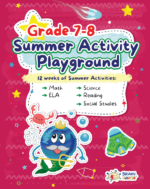 Get ready for Grade 8 with our award-winning summer workbook! This workbook provides twelve weeks of comprehensive review for Math and English Language Arts to help your child get ready for eighth grade. Each week also includes activities for science and social studies that is designed to spark your child’s curiosity. This workbook is designed…
Shop Now
SAVE $0 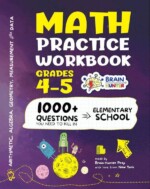 1000+ Questions You Need to Kill in Elementary School. Prepare your child for elementary school math with award-winning Math Practice Workbook for Grades 4 to 5. Used by teachers, parents and students nationwide this workbook provides elementary school children with comprehensive practice questions that cover a wide range of topics they will encounter in elementary school. Created by certified elementary school…
Shop Now
SAVE $0

12 Weeks of Math, Reading, Science, Logic, and Fitness Updated for Summer 2022, prepare your child for Grade 7 with our award-winning Kids Summer Academy workbook by ArgoPrep. ArgoPrep’s 2022 Kids Summer Academy Series is designed to keep students engaged and prevent summer learning loss. More importantly, students will be introduced to Grade 7 concepts so they can be one step…
Shop Now
New 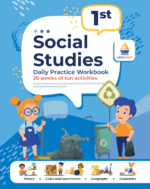 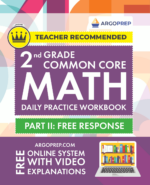 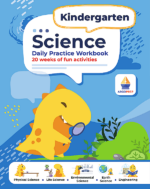 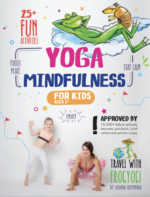 Yoga and Mindfulness for Kids is the perfect resource to transform your kids into little yogis while creating a structured, positive activity that you and your young ones can enjoy together. Introducing your children to yoga at an early age encourages healthy lifestyle habits and sets a foundation for a fit future. Here is what…
Shop Now
SAVE $30 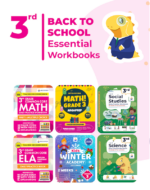 2 min read
Factors of 10
Blog K8
Introduction Can you recite your best friend’s phone number? Probably not thanks to our cell phones where we just have to press our friend’s name and our cell phone instantly dials him. However, there was a time when we had to memorize phone numbers. Today, I can barely remember my own. Including the area code, […]