Triangular numbers are numbers that may be represented by dots in such a way that they will form an equilateral triangle – where there is equal number of dots on each side. Forty-five is one of these triangular numbers.

Numbers in mathematics have different meanings and significance in every one of us. But today, we will focus ourselves on understanding the number 45 and its multiples! Are you ready to join me on this journey?

A multiple is the product of a number and any integer – may it be positive or negative integer. Hence, multiples of 45 can be generated by simply multiplying 45 and any number. More so, to verify if a number is indeed a multiple of 45, we need to have a quotient that is a whole number. If we are talking about multiples, remainders are not allowed!

Negative numbers can also be multiples since integers can either be negative or positive. So, numbers like -90, -45, 0, 45, 90 are examples of the multiples of 45. Furthermore, fractions cannot be used to generate multiples of 45 because they should always be a whole number.

Do you now understand the meaning of multiples? Now, let’s learn how we can find any possible multiples of 45!

How to find the multiples of 45?

The first method that we have is repeated addition. This method simply means repeatedly adding 45 as many times as we want until we find the nth multiple we are looking for.

While it is easy and fun doing this process, this can also take so much time, especially if we are looking for a larger nth multiple of 45. Imagine generating the 1000th multiple of 45 using repeated addition. It can probably take us a day to finish it.

And that’s why we have another method called multiplication method!

We have defined multiples as the product of 45 and an integer. So, any number that can be expressed as 45n where n is an integer, is a multiple of 45.

See… getting multiples of 45 is an easy task. Now, let’s take a look at this table. This table summarizes the two methods and how it is performed.

Since 180 is divisible by 5 and 9, we can confirm that this technique really works!

So, there are two things that we need to consider to say that a number is a multiple of 45:

This trick will definitely make our solving easier and faster when verifying numbers that are not multiples of 45.

Listing all the possible multiples of 45 is pointless since there are infinitely many numbers. However, this table shows how we can generate the first 30 multiples of 45 by multiplying 45 and a positive counting number from 1 to 30.

Finding multiples of 45 is a lesson that we use in math, but we can also use this in solving problems related to our daily lives.

Marj and Kendra plan to donate their books to a non-profit organization. If they have donated seven boxes and each box contains 45 books, how many books did they contribute?

In this given problem, we need to find the total number of books Marj and Kendra donated. Since it was given that they have donated seven boxes where each box contains 45 books, we need to get the 7th multiple of 45. So, $$45\;\times\;7\;=\;315$$.

Therefore, Marj and Kendra donated 315 books to a non-profit organization.

Shawn and Camilla are business partners. They sell vintage vinyl records at $45 each. In a week, they made $8,550. How many vinyl records were they able to sell?

Therefore, Shawn and Camilla were able to sell 190 vinyl records.

Which of the following is not a multiple of 45?

One episode of a Korean drama series usually lasts 45 minutes. How many episodes did Samira watch if she had already spent 405 minutes watching a series?

Multiples of 45 are numbers generated by multiplying 45 to any integer.

In this worksheet, students will use familiar two-dimensional shapes to create new shapes as described by each question. In several of these problems, the only requirement is to use a couple of familiar shapes to make something new. In others, the suggestion is to make a specific new shape out of familiar shapes. This is…
View 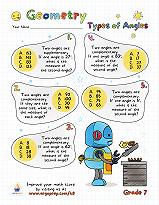 Angles are AWESOME, and your learners are sure to agree as they gain plenty of practice through this geometry resource! You can give them the opportunity to work independently, in partners, or small groups as they answer each question. Supplementary, complementary, or otherwise, these awesome angles are sure to excite and engage!
View 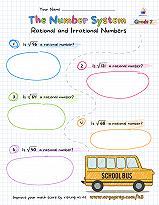 Hello, School Days and Numbers! Rational and Irrational Numbers meet in this math challenge! Seventh graders will extend their thinking with this five problem worksheet. Allow students to work independently, in pairs, or in small groups, or work together through a whole class learning opportunity. You’ll appreciate the dynamic uses of this school-themed math resource!
View 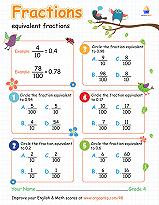 Students will love this “tweet” resource! In each of the five problems, they will find the decimal that is equivalent to the fraction presented. All the answers are provided in multiple-choice format, giving them just the boost they need as they transition into this new area of math.
View 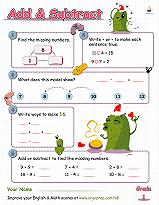 Gregory got some advice from a few of his fly friends who said he should give spaghetti a try! As he bravely slurps, students can help him noodle with their noggins by doing some problems! There is lots of math fun on this worksheet – missing addition, subtraction, and equal signs, runaway addends, and related…
View 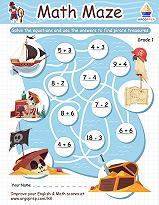 Your small pirates will be a”mazed” with this fun worksheet! In order to find the hidden treasure they’ll add and subtract their way across the map. There are 10 questions on this worksheet. All sums and minuends are less than 20, so this is a perfect worksheet for earlier in the year. Sharing this plunder…
View 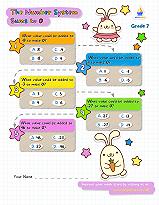 Seventh grade learners will focus on SUMS with this five problem worksheet! Focusing on values to make zero, they will concentrate on both positive and negative numbers. Allow students to work independently, in pairs, or small groups. A great learning tool, it’s definitely perfect for SUM math practice!
View 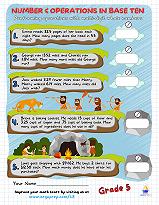 The cavemen are protecting their territory and won’t have time to solve these math problems! Your math students can help! With colorful illustrations and five story problems lining the page, learners are sure to love showing off what they know. A great review, practice, or assessment, consider using this as an independent tool or for…
View 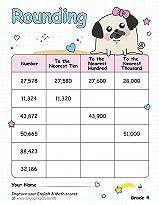 Students will find this cuddly puppy worksheet charming. Pup Pup needs help filling out this chart with numbers rounded to the nearest ten, hundred, and thousand. It’s great for practice or a quick assessment of rounding skills.
View 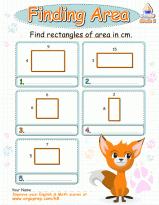 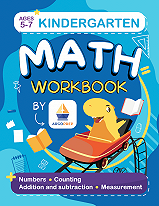 ArgoPrep’s Kindergarten Math workbook prepares your child to learn basic foundational mathematical skills! Our workbook offers your child dedicated practice for number recognition from 0 to 20, number tracing, word tracing, counting, addition and subtraction skills, and much more. Your child will have a very fun time completing our award-winning workbook! This workbook was organized as…
Shop Now
SALE 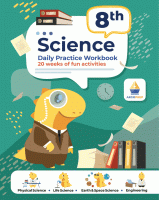 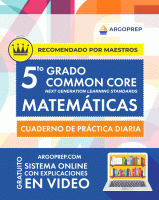 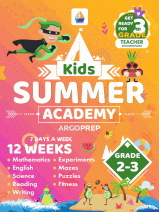 12 Weeks of Math, Reading, Science, Logic, and Fitness. Updated for Summer 2022, prepare your child for Grade 3 with our award-winning Kids Summer Academy workbook by ArgoPrep. ArgoPrep’s 2022 Kids Summer Academy Series is designed to keep students engaged and prevent summer learning loss. More importantly, students will be introduced to Grade 3 concepts so they can be one step…
Shop Now
SALE 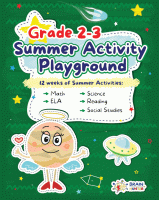 Get ready for Grade 3 with our award-winning summer workbook! This workbook provides twelve weeks of comprehensive review for Math and English Language Arts to help your child get ready for third grade. Each week also includes activities for science and social studies that is designed to spark your child’s curiosity. This workbook is designed…
Shop Now
SALE
1st grade, Kindergarten 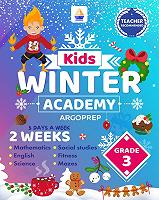 Sharpen your skills for Grade 3 over the winter break with our award-winning Winter Series workbook! This beautifully designed workbook (printed in full color) provides your child two weeks of practice activities for math, reading, science and social studies to work on during the winter break. We understand how coronavirus has impacted your child’s education…
Shop Now
SALE 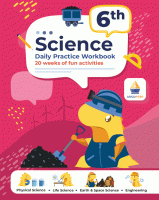 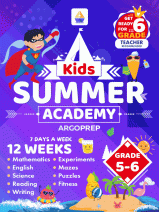 12 Weeks of Math, Reading, Science, Logic, and Fitness Updated for Summer 2022, prepare your child for Grade 6 with our award-winning Kids Summer Academy workbook by ArgoPrep. ArgoPrep’s 2022 Kids Summer Academy Series is designed to keep students engaged and prevent summer learning loss. More importantly, students will be introduced to Grade 6 concepts so they can be one step…
Shop Now

8 min read
Revisions: Concise & Precise
SHSAT
You’re honing your SHSAT game—you know what tricks the SHSAT writers are putting in your way when it comes to if/then sentences (see “Logical Sequence”) and voice (see “Voice”).  But, now you need specific tools to pick out the best written sentences on your ELA revising parts of the exam. Here’s an easy Pro Gamer […]

10 min read
What are the 5 Components of Reading?
Blog K8
Reading is a remarkably complex cognitive process. Although people generally consider reading as a singular activity, the entire process involves a number of tasks. If we break down the different elements that go into reading, we may break it into vocabulary, fluency, comprehension, awareness, and phonics. The five components work together for making up someone’s […]

Checkout
or
Wow! You really love to learn! Awesome!
You have reached the daily download limit. Please come back tomorrow for more free worksheets or Upgrade your plan
Become a Premium Member and get: Upgrade You will not be charged. We offer 7 days free trial!