What are the multiples of 5?

What are the multiples of 5?

We know that multiples are the result we get when we multiply two numbers. In other words – a multiple is a product of two numbers. You can also remember that word ‘multiple’ means the multiplication of two numbers.

The multiples of 5 are the values that we get by multiplying any number to the number 5.

Let us start by identifying the first 10 multiples of 5

We can write any number of multiples for 5 similarly.

How to identify the multiple of 5?

Let us take the first 10 multiples we found out earlier.

Ever wondered why the multiplication table of 5 is very easy to remember?

It is because the one’s digit in all the multiples alternates between 0 and 5. Did you notice the first multiple is 5, the third multiple is 15, the fifth multiple is 25, and so on?

Test of Divisibility of 5

What are tests of divisibility?

The test of divisibility is the easy way to identify whether a number is divisible by a given number. This is done without actually dividing the numbers.

The test of divisibility helps to find the factors of a number without actually dividing them.

The test of divisibility of 5 is that the given number should have either 0 or 5 in the one’s place.

That is if a number has 0 or 5 in one’s place, the given number is divisible by 5.

The test of divisibility helps to find even if a very large number is divisible by 5 or not.

In a quiz, Danny has this question where he needs to find the answer for 45085 divided by 5.

He has two answer choices 9017 and 9014 out of which he needs to choose one without actually doing the division.

Can you help him?

As we observed earlier, the multiples of 5 have either 0 or 5 as their last digits.

The given number 45085 has 5 in the one’s place, which means that 5 is multiplied to an odd number.

The least common multiple of two numbers is the smallest number that will divide both the given numbers.

Check what I know?

Write the next four multiples of 5 after 80.

Find the first two even multiples and first three odd multiples of 5.

Alice scores 5 points when she clears each level of her brain game. How many levels should she play to score 75 points?

The points in the game are going to be 5 in the first level, 10 in the second level, and so on. At the 15th level, Alice can score 75 points.

Find the multiples of 5 between the numbers 67 and 90.

To find the multiples of 5, we can start by finding the first multiple after 67.
Recollect that all the numbers that have 0 or 5 in their one’s place are multiples of 5.

What is the number that will have 0 or 5 in the one’s place that occurs after 67?

These are the multiples that lie between the numbers 67 and 90.

Charles is filling the gift candy pouches for the Christmas Party. He is filling 5 candies in each of the pouches. He has 85 candies to be filled. How many such pouches can he make?

So that would make 17 multiples or 17 pouches.

Hence 5 would be the only prime multiple of itself.

We can use the multiples of 5 for counting as it is easier to skip count in 5s.

A heap of chocolates can be quickly counted in bunches of 5 than counting them one by one.

Hence counting by 5s is easier.

But a multiple is the multiplication of the given number into its greater values. 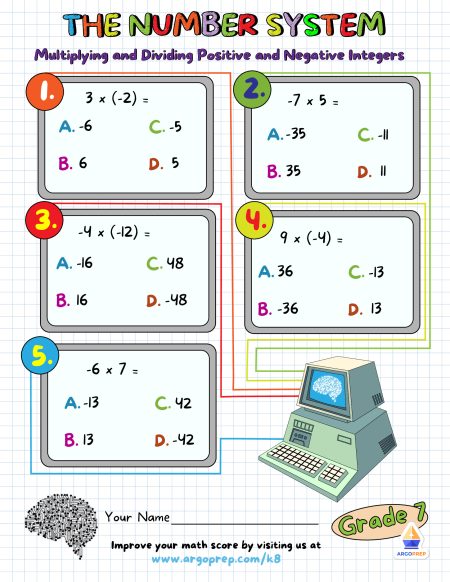 Seventh grade learners will focus on integers with this five problem worksheet! They will concentrate on both positive and negative numbers. Allow students to work independently, in pairs, or small groups. A great learning tool, this two page tool is perfect for additional math practice or review, and it’s one you will want to keep…
View 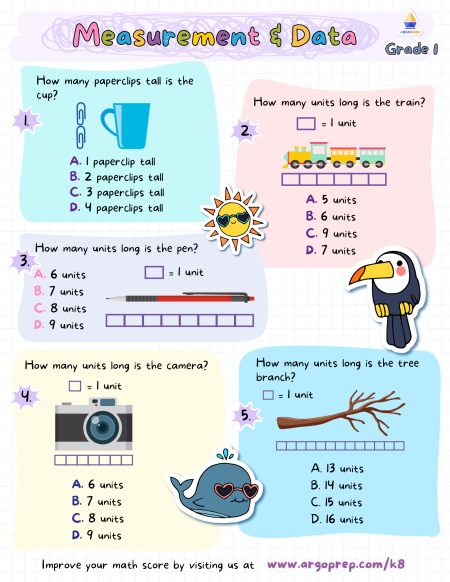 Using units to measure is a key concept covered in this worksheet. Students will use a non-standard unit of measurement to determine the picture’s length. Learners will find out how long the cup, train, pen, camera, and tree branch are. Help build confidence in measurement through these five colorful problems!
View 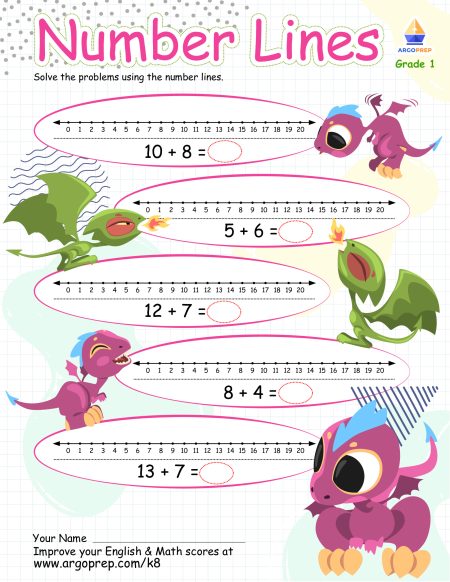 The baby dragons are practicing their fire-breathing skills! Students can show the total minutes each dragon was able to breathe fire in the morning and afternoon sessions. This will not only help the baby dragons, but will also help your students practice adding with number lines! Just don’t let them get confused. Baby dragons would…
View 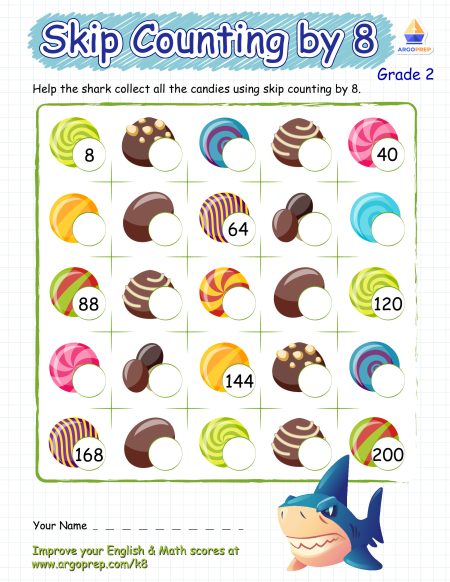 Skip Counting by 8 with Guard Shark

Skip Counting by 8 with Guard Shark

Shark is too busy guarding these candies to count them. Each candy-shaped box represents eight candies. Students can help by using their repeated addition skills to find the total number of candies. Shark will be so grateful for such “sweet” helpers!
View

Mac Rat is counting the cheeses in his cheese reserve. Students can help him keep track by taking a look at the base ten blocks he’s assembled and translating them to standard numbers. No nibbling allowed! If you need to nibble, nab your own cheese, please!
View 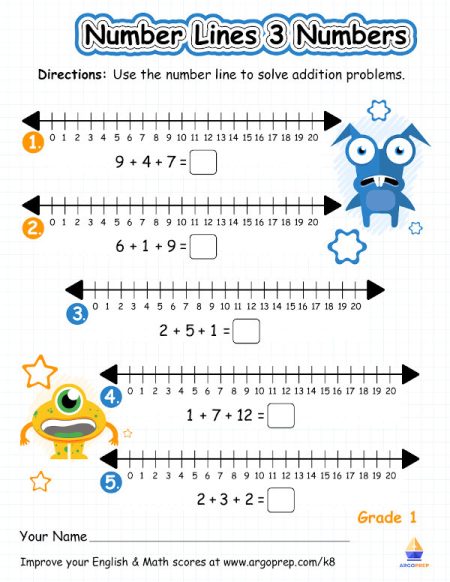 Monsters enjoy using number lines in their exercising routines. Kids can help these monsters jump down the line, using the addends as their directions for each jumping exercise. Students will record the sums for each problem at the end of the equation.
View 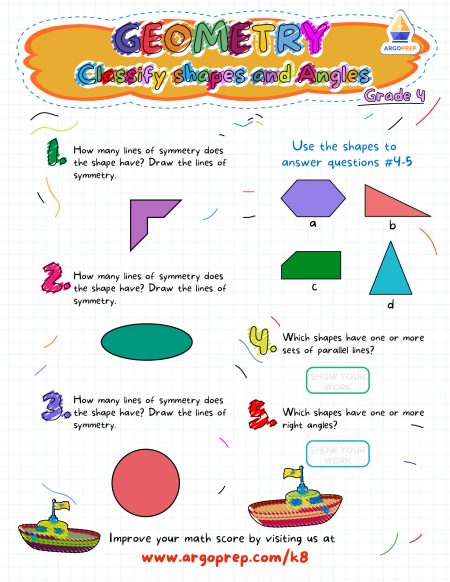 Whose Line (and Angle) Is It, Anyway?

Whose Line (and Angle) Is It, Anyway?

Students will discover, count, and identify lines in this worksheet. They will work with both parallel lines and lines of symmetry. They will also determine which shapes have right angles, and how many they have.
View 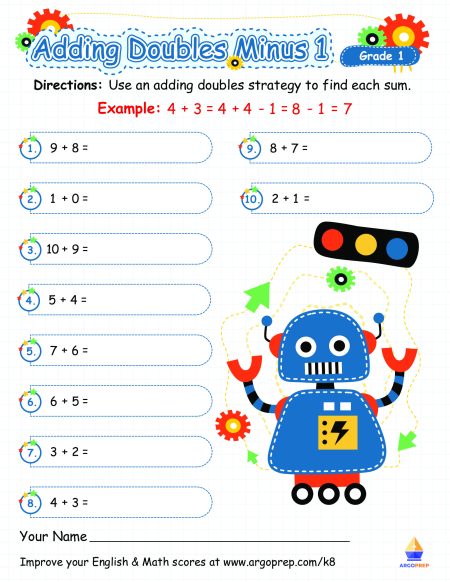 Students can help WheelieBot count how many wheelies he does in a day! He’s a world record holder, but he’s not great at keeping up with his practice paperwork. Students will use the strategy doubles-minus-one to solve these problems. Let the wheelie-counting commence!
View 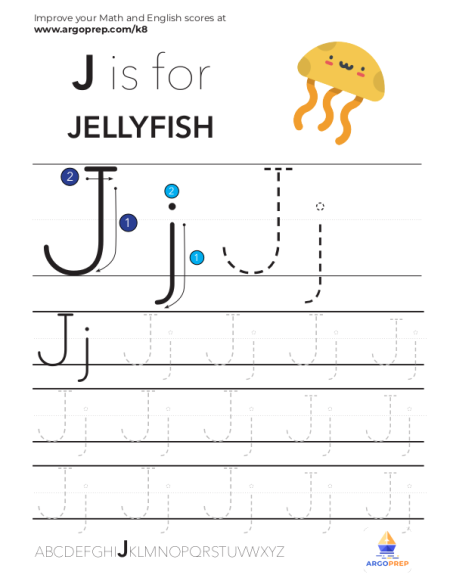 J stands for joy and your students are going to get plenty of it practicing the letter on our worksheet. An engaging tracing activity with plenty of writing practice of the lines will have the young learners squealing joy.
View 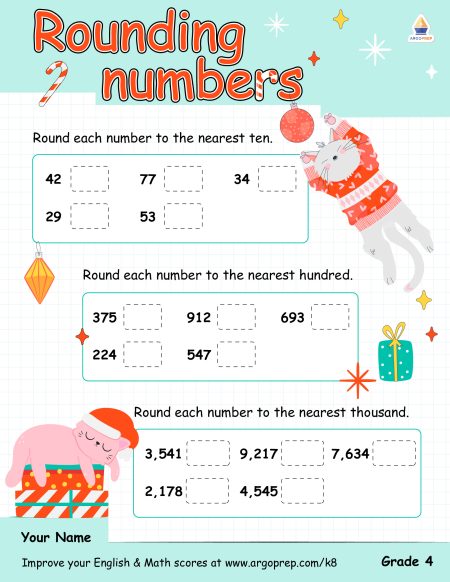 Sleepy kitties will soothe students as they round away on this worksheet. They will round numbers to the nearest tens, hundreds, and thousands. It’s sure to help students relax while rounding!
View 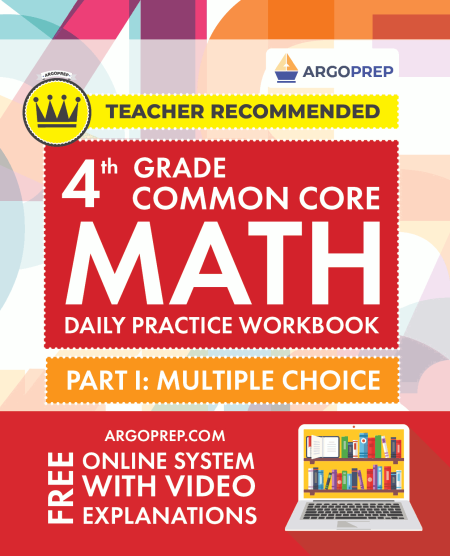 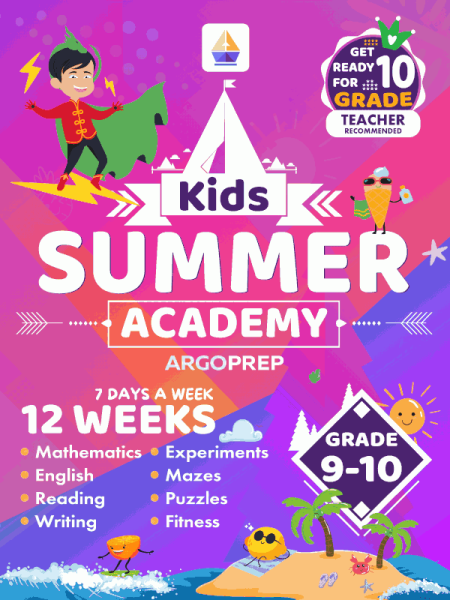 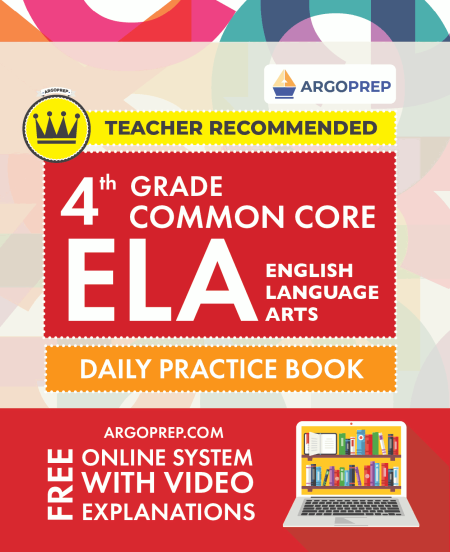 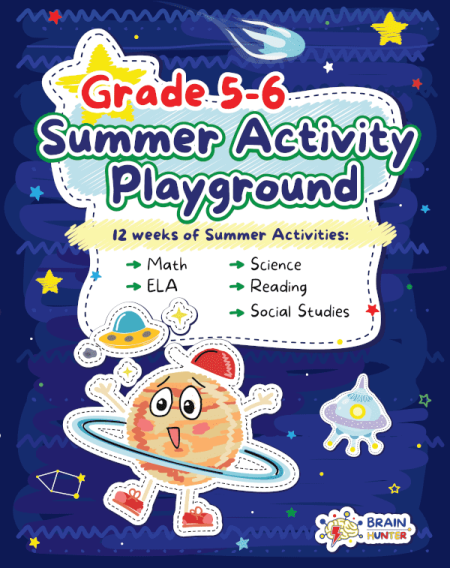 Get ready for Grade 6 with our award-winning summer workbook! This workbook provides twelve weeks of comprehensive review for Math and English Language Arts to help your child get ready for six grade. Each week also includes activities for science and social studies that is designed to spark your child’s curiosity. This workbook is designed…
Shop Now
SAVE $30 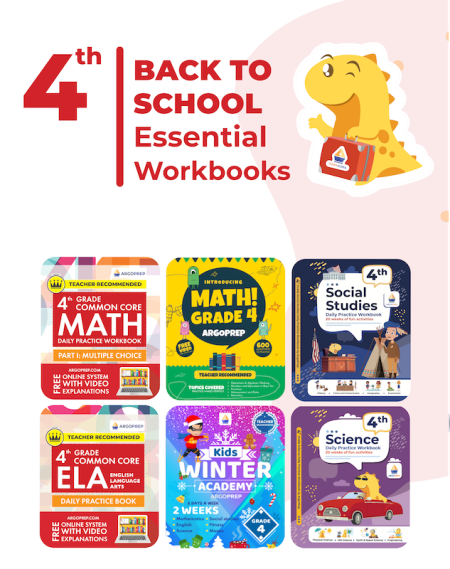