An important part of revising is making sure there are good transitions that hold writings together.  Transitions hold the main ideas together, make a passage more readable, and help organize thoughts.  The writers of the SHSAT know this, and are going to ask you during the revising/editing parts to supply the best revisions for their jumbled-up texts.  Since you are on the lookout for what they are throwing at you, you’ll be ready!

You’d like to think that the SHSAT would contain clear writing.  But, the goal for you is to outwit the writers of the SHSAT, and so to discover where the writing sections should be stronger by making better connections.  Transitions help us do that!  In between ideas, and paragraphs, transitions tell readers that there are new ideas that will be connected to old ideas in interesting ways, and what to do with the ideas that are given by the author.
Remember for “IF/THEN” statements, there must be a true relationship between the “IF” and the “THEN” (see “Logical Sequence”).  Ideas are related in other ways besides the IF/THEN, and transitions are a sign that there is a relationship between certain ideas. They might tell you to pay attention, that there is something suspicious about the ideas just presented, or that there’s an example that will prove what was just said.  Your job for the SHSAT is to figure out which transitions can organize the passage best into clear, true ideas.
Transition questions on the SHSAT usually take this form (taken from a practice exam):

These sorts of questions are designed to get you to think about the passage like a gamer:  fitting the logic of the ideas together in the best way.  You’ll rely on lots of different transition words for revision, when you take the exam, but almost all of the questions you’ll be asked in the ELA sections about transitions will be applied to organizing the passages given.  The goal for the passage is to be clear.  The correct transitions will help organize the disorganized text, and they might structure the ideas better, provide a timeline in the text, or emphasize the most important ideas in the text. 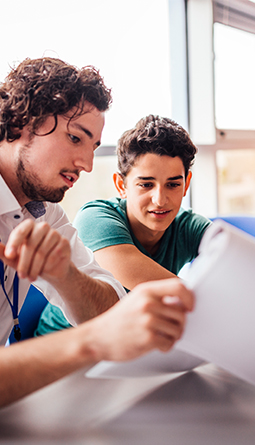 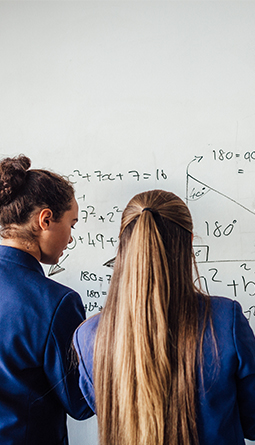 The transitions you’ll choose completely depends on the job you need it to play among the ideas in the text.  You’ll read the passage, and ask yourself what is missing between the ideas.
If your passage is missing an introduction to the ideas, consider using these words:
to begin with, initially, first of all, at first, to start
Often, the transitions that are needed are meant to show a continuation of ideas.  When you are faced with that on the text, key transition words include:
secondly, also, in addition, additionally, moreover, furthermore, in fact, besides, and, again, next, another
When your passage’s ideas are at an end, you may need a transition that works towards a conclusion. In that case, you can use:
in conclusion, finally, lastly, to sum up, in summary, therefore
In between the introduction and conclusion, of course, you’ll want to make sure you have transitions about sequence.  Good transitions include:
next, then, also, until, during, since, afterwards, now, before, later, after that, meanwhile, at last, in the end
For texts that intend to prove a main point, you may need a transition for more evidence, or to provide extra support or an idea.  Think about these:
for example, for instance, such as, namely, specifically, to illustrate, for that reason, even, indeed, in fact, of course, truly
To show that the reasons you’ve given for main points are connected, and made stronger, by other ideas, the following transitions are excellent:
additionally, again, also, and, as well, besides, equally important, further, furthermore, in addition, moreover, then
Frequently, the ideas within a passage contradict each other.  Those ideas will need to be bridged by a transition, such as:
however, although, neither, but, nonetheless, nevertheless, yet, still, rather, on the other hand
We’ll actually practice transition questions for the SHSAT, but for now, think about the best transitions that you can include in your own writing, and then as you edit other ideas, based on the job you want the transition to do in the text.

Have you ever heard of Big, Ugly, Hairy, Wrong Fallacies?  The truth is, you probably have, and you didn’t even know it.  We usually call these “logical fallacies” and if…

Sometimes the most common mistakes on the SHSAT happen when students overlook the most basic things.  Verbs are pretty basic.  You’ve mastered them years ago. But, on an ELA revision…

It might be weird to think that writing has a voice.  But, it does!  There are two types of voice for our writing (whether literature, scientific writing, technical writing, blog…

When you are revising for punctuation on the SHSAT, the most important guide to remember is that most punctuation errors are from either the wrong punctuation or from too much…