Home » Blog » SHSAT » The Voice: How to Revise to Active Voice

The Voice: How to Revise to Active Voice 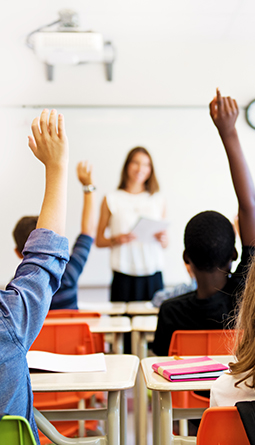 There are three tactics to use to figure out if you need to revise to the active voice:  Name It, Weigh It, Change It.
Name It
When you read your given sentences, you’re going to look for the options that are written in active voice and the ones that are written in passive voice.  Here are the clues:
Clue 1:  What’s being described?  Is the emphasis on the person acting, or on what’s being done?
Clue 2:  Does the sentence end with “by”?  If your sentence ends with a phrase that includes “by”, it probably is passive.
Take a look at the following examples, and see if you can identify the passive and active voice:

Apply your clues, and ask if the sentence describes an action, or someone or something being acted upon.  Now, for each sentence, NAME IT!  Decide whether each uses the active or passive voice.  Here are the correct answers:

Weigh It
Now that you’ve NAMED IT, it’s time to WEIGH IT.  We’ll figure out the role of the subject and the verb for each of them, and why we named them the way that we did.
When we WEIGH IT, we’re asking ourselves if the statement is already clear, or if it brings up more issues.  We’re going to see what position the subject is in compared to the verb, and what is being emphasized (remembering that if the action is emphasized, it’s active).  Let’s WEIGH our examples:

Now that we have NAMED IT and WEIGHED IT, we’re on the final step, which is to CHANGE IT.  What are we changing?  Any of the passive voice sentences that should be changed into the active voice.  Here’s how to do it. 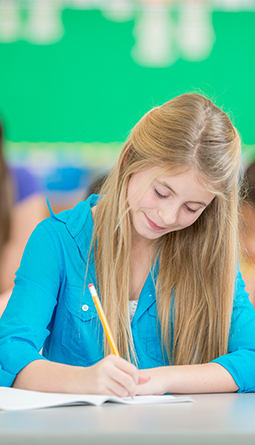 Change It
It might be confusing to pick out which rewrite is the best change to make to a passive voice sentence.  The HUGE relief is that you don’t usually need to revise a sentence’s voice if it is already active.  So, you name the passive ones, weigh why they are passive, and focus on changing the passive voice sentences into the active voice.  Using the active voice can simplify the sentence and make the meaning clear for readers.
The method that works best to CHANGE IT is the Simple Arrow Method.  In the active voice, the subject performs the action expressed in the verb, so we figure out where the subject is.  For the simple arrow method, you find the person or thing doing the act in the sentence, and draw and arrow to whatever is being acted upon—then, for passive voice sentences, you’ll CHANGE IT to make sure that the arrow goes left to right.
The Simple Arrow Method

Here’s an example, from above:
Potions was Harry’s least favorite class.
Since “Harry’s least favorite class” is the subject, its action relates to Portions.  The Simple Arrow tells us in what position “Harry’s least favorite class” should be in the sentence.  So, now, all we have to do is CHANGE IT!  Here’s the rewritten sentence:
Harry’s least favorite class was Potions.
Bingo!  Clear and concise.  Let’s use the method to try another one of our examples.
Adrian was mourned by Rocky and Pauley, until Pauley died too.
This sentence really emphasizes that Rocky and Pauley are mourning Adrian, so we move them into the subject position.  Our new sentence reads:
Rocky and Pauley mourned Adrian, until Pauley died too.
This sentence is clear, and even needs fewer words to convey its meaning.  Here’s another example of using the method:
Mrs. Which is best played by Oprah in A Wrinkle in Time.
We will need to do a little more than just move Oprah into the subject position since “best played” is an odd phrase.  This is one sentence where adding content can help the sentence be clearer.  Here’s a good change:
Oprah gives the best performance of Mrs. Which in A Wrinkle in Time.
We’ve used the Simple Arrow Method to make the sentence active, and also cleared up the language to make this even stronger.
Whenever you face a sentence written in the passive voice, remember to NAME IT, WEIGH IT, and CHANGE IT (using the Simple Arrow Method).  You’ll get the better of SHSAT writers by following the tools you know to win the game!

How to Prepare for the New SHSAT

You’ve done your work.  You’ve excelled as a student.  You’ve put yourself in position for that next right of passage:  getting into the high school of your choice.  Now, there’s…

You’ve already seen three ways SHSAT writers on the ELA might try to trip you up on revising clumsy words (see “Clumsy Words, Part 1”).  Clumsy words can change the…

We’re gearing up to remember the common mistakes people use in conversation and in writing.  If you run in to these mistakes (started in “Part 1”), you’ll automatically know you’ve…