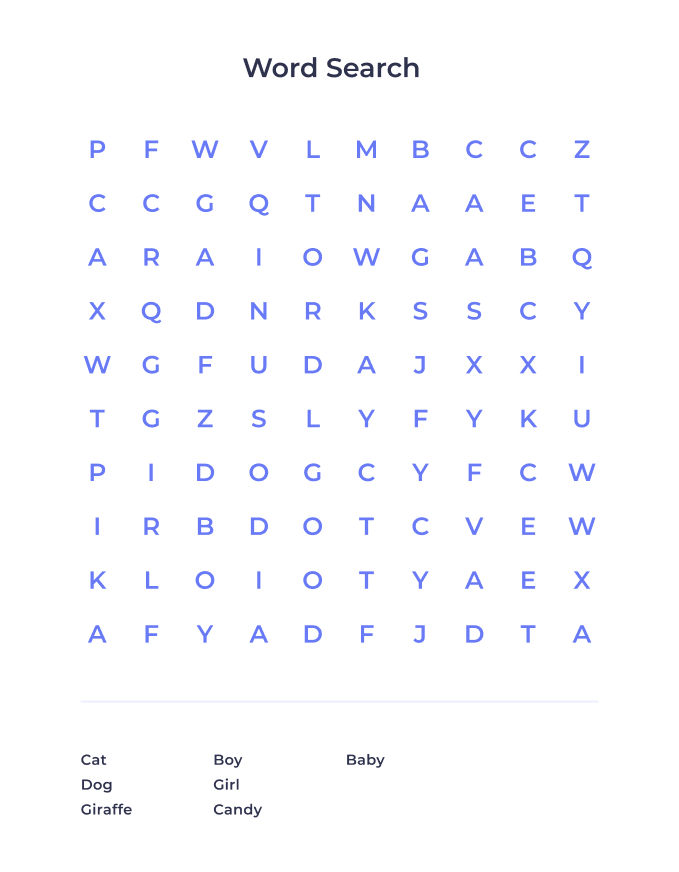 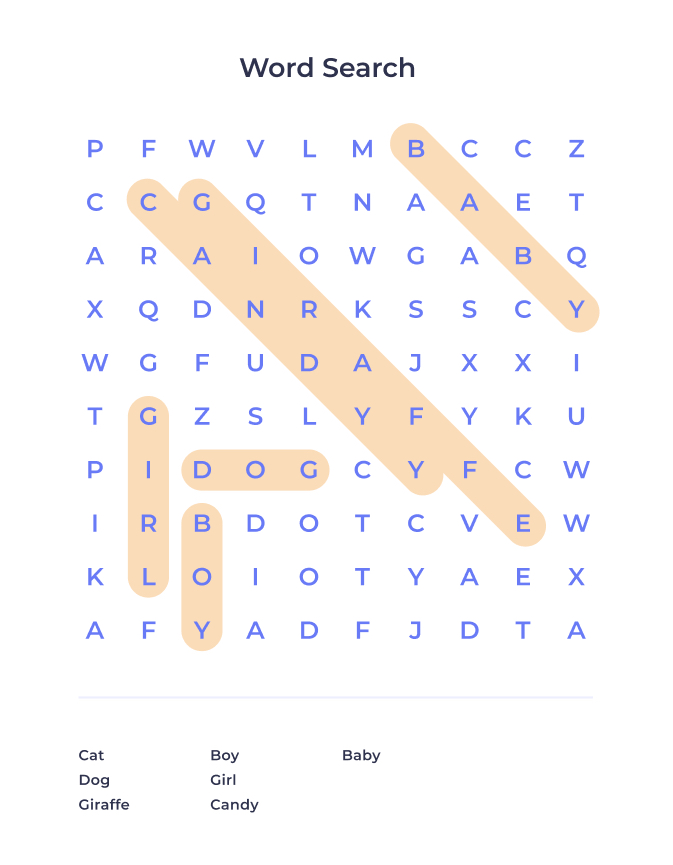 According to dictionary.com, the word Scrambler has the following meanings:

Simply put, a scrambler has two meanings: it is an electronic device that makes speech unintelligible during transmission while restoring it at the receiving end, and a rapid mover (a scrambling person).

However, when we refer to the word scrambler, it scrambles up any word for educational or gaming purposes.

You can use a word scramble maker to create games or to teach a child. You might think that you do not need a word scrambling generator to do the simple task of jumbling up the letters in a word. However, it is not that easy of a task in reality. This is because word scrambling games and worksheets like Word Search or Crossword Puzzle come with an entire list of words that need to be scrambled. Moreover, the simple-looking task can be a lot tougher when the words are too small or too long.

Now, let’s move on to scrambling words as long as containing 8 letters:

Did you notice how it got harder and more time-consuming as the word length increased? The simple answer as to why you find it more difficult to scramble the above-mentioned words is because various studies suggest that your mind can only do four things at one time. This is the reason word scramblers are so important and make such a big difference when it comes to jumbling up the letters of longer words.

Our word scrambler only takes a few seconds to scramble up any word, no matter how long. Moreover, you do not have to worry about your scrambled word looking similar to the original word. It is so good at it that it can trick even your own mind. When you manually scramble a list of words, the chances of missing a few letters of some words are high. If you want to print a worksheet to help your child remember his spelling words in a fun way, make sure to go to our scramble word generator.

The above table is an example of what kind of worksheet you can create for different purposes. Such Word Scrambling worksheets and games can be used in schools and at parties to keep the fun going.

Here’s a brief look at how you can create a worksheet:

Step#1: Think of a themed title to add to the top of your worksheet. For example: Christmas Word Scramble

Step#2: Under the title, you can write any description that you want your readers to know. It could be the rules of the game, such as a time limit or just simple instructions as to what they need to do. This part is completely optional and depends on how you want it.

Step#3: Now, add all the scrambled words jumbled through a word scrambler that you want your child or players to unscramble. Try not to add more than 50 words to one worksheet. Place one word in one line.

Once you print your worksheet, you can use it on occasions like a baby shower or as a fun activity in school. Have a look!

The basic word scramble or jumbled words game was created by Martin Naydel in 1954. The idea behind this word scramble game is to rearrange the letters of a meaningful word in a random fashion. This is referred to as the jumbling up or scrambling of a word.

According to the instructions or rules, players have to rearrange the letters of the scrambled words to make a meaningful sentence. The game just gets more challenging when you have to make an entire sentence using jumbled-up vowels and consonants. Nevertheless, it is still a fun and challenging game that keeps players on their toes. One thing to note is that when you make a meaningful word scrambler game, it involves unscrambling the word.

Example: If you rearrange the scrambled word YEHALTH, you can come forth with the meaningful word HEALTH. In this case, you have changed YEHALTH into HEALTH by un-jumbling or un-scrambling it.

Simply put, the anagram word game comes from the basic word scrambler game. It is words or phrases that you can spell by rearranging the letters of a particular word. The meaning of the word ‘anagram’ itself is to find hidden meanings by reading out letters in a different order.

So how do you play Anagram? You need to have a thorough look at the jumbled letters of a word or sentence and un-jumble them. It is different from the word scramble game because it allows you to make new words using the letters present in the scrambled word. By unscrambling different letters and rearranging them in different orders, you can create various meaningful words of different lengths.

Let us take the example of the word OPIMHPTUPSHO. If you un-jumble this word, you get the twelve-lettered word HIPPOPOTAMUS.

Now, you can start forming new meaningful words using the letters present in the word. For instance, you can make the two-lettered word ‘us’ or the three-lettered word ‘tap.’

This game can especially be helpful for children when they’re learning words and spelling. You can use an online word scrambler to make a worksheet.

You can also use letter tiles, like those from a scrabble game, to play word scramblers. Let’s see the different letter arrangement styles to make it fun: