The Babylonians’ contributed a lot to our number system – and one of which is probably the number sixty. Without the Babylonians, we wouldn’t have known the number of seconds in a minute – or even the number of minutes in an hour. Sixty is an ancient and mysterious yet exciting number.

While it is indeed a historical number, the number 60 has so much to offer – and that is on our agenda for today! Let’s take a quick drive to and learn more about this number and its multiples!

Multiples of 60 are numbers that can be expressed as a product of 60 and any integer. Hence, if a number is multiplied by 60, we can easily consider it as a multiple of 60.

So, if a sequence of numbers has a difference of 60 between two consecutive numbers, it means they are multiples. However, that is not always the case.

The difference between two consecutive numbers of the two sequences is 60. However, if we divide 66 by 60, we will get a remainder of 6. Hence, we cannot consider that sequence as multiples of 60.

So, to get the whole concept of multiples of 60, we only need to remember these things:

Now, I guess we are ready to learn how to determine any possible multiples of 60, aren’t we?

How to find the multiples of 60?

But for starters, we’ll teach you the two basic methods we can use – repeated counting and multiplication!

While it is indeed fun and easy to repeatedly add numbers, this will take us so much time if we are asked to get the 100th or even the 50th multiple of 60 using this method. That’s why we have another way called multiplication!

We have defined multiples as a product of two numbers. So, if a number is expressed as 60n, where n is an integer, we can easily say that it is a multiple of 60.

Determining any possible multiples of 60 are very simple, right?

Let’s take a look at this table. This shows the two methods that we can use in generating multiples of 60, which method do you prefer to use?

…the speed limit of some countries is 60 kilometers per hour?

We cannot really list all the possible multiples of 60 because infinitely many integers exist. Hence, giving us infinite possibilities to generate multiples of 60. In this section, we have listed the first 30 multiples of 60 that can be generated by multiplying 60 from numbers 1 – 30. This table will help us verify and practice what we know about multiples.

Kirsten is doing a donation drive to buy school supplies for orphan kids. Her target budget for each kid is $60. If she has collected a total amount of $5400, how many kids will receive a set of school supplies?

Therefore, Kirsten will be able to give 90 sets of school supplies to orphan kids.

Every time Elsa studies, she always sees to it that she takes an hour break. How many minutes did Elsa rest if she took a 3-hour break in an 8-hour study session?

Which of the following is not a multiple of 60?

To find any multiples of 60, we simply multiply 60 to any negative or positive integer. 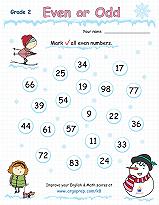 Skiing Through Evens and Odds

Skiing Through Evens and Odds

Wintertime is perfect for skiing! Steven is skiing with his friends and encountering all kinds of numbers along the way. As he encounters each number, students will write a checkmark next to the even numbers. Watch out for odd numbers, they may cause a tumble!
View 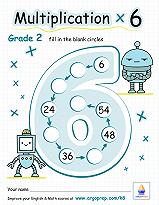 Multiplying by six can be quick (when you practice your multiplication facts). Help these savvy robots practice their math facts by finding multiples of 6. Starting at the number 6, students will fill in the blank circles to complete the pattern of counting on by 6.  Some multiples are already provided to help students check…
View 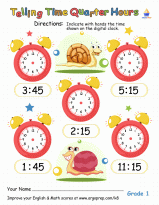 These snails need your help! They’ve lost all their hands! “But snails don’t have hands!” you may be thinking. They do, usually, on their watches! Help them indicate the time by drawing hour and minute hands on each watch. They’ve provided matching digital clocks to help you out.
View 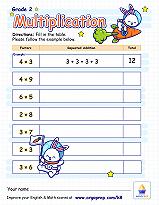 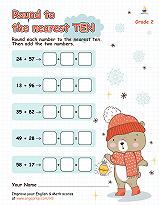 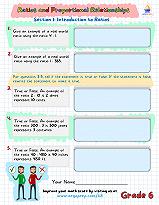 Students will be able to write their own real-life examples of ratios in this introductory worksheet.  They can even use real people in their story problems. Students will then go on to fact-check a few ratios to see if they are correct. 6th graders will test their writing and ratio skills in this 5 problem…
View 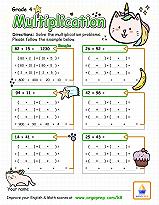 Multiplication is Magical with Partial Products

Multiplication is Magical with Partial Products 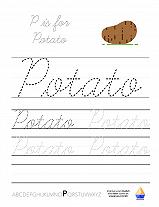 Cursive writing is making a comeback! Kids can practice their handwriting with this worksheet covering the letter Pp. They’ll trace the letter and even write a few words beginning with the capital version of the letter. Pp is for practice!
View 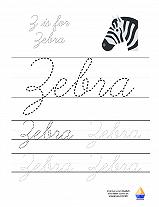 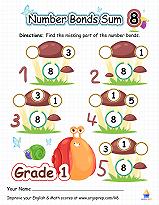 Hero Snail is here to save the day! Kids will enjoy facing these number bond problems knowing Hero Snail is their backup. There are five problems on this worksheet. The sums are all 8, and students will practice finding one missing addend. Each set of numbers has either two or three total addends.
View 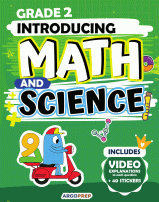 “Introducing Math and Science” by ArgoPrep is an award-winning series created by certified teachers to provide students with high-quality practice problems. The 2nd Grade Math and Science workbook is designed to provide you with a comprehensive overview of 2nd grade mathematics and science. Our workbooks include topic overviews with instruction, practice questions, answer explanations along…
Shop Now
New
3rd grade 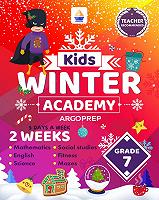 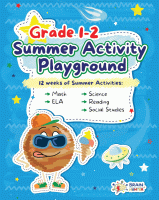 Get ready for Grade 2 with our award-winning summer workbook! This workbook provides twelve weeks of comprehensive review for Math and English Language Arts to help your child get ready for second grade. Each week also includes activities for science and social studies that is designed to spark your child’s curiosity. This workbook is designed…
Shop Now
SALE
2nd grade 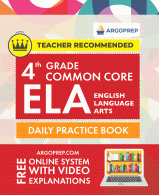 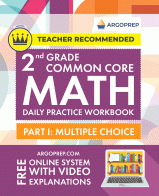 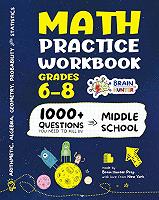 1000+ Questions You Need to Kill in Middle School Prepare your child for middle school math with our award-winning Math Practice Workbook for Grades 6 to 8. Used by teachers, parents and students nationwide this workbook provides middle school children with comprehensive practice questions that cover a wide range of topics they will encounter in middle school. Created by certified middle school teachers,…
Shop Now
SALE 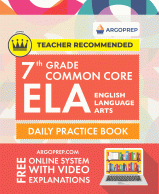 10 min read
Words that Start With I- Expand Your Vocabulary
Blog K8
Do you think it is about time that your child begins learning words that start with I? I is the 9th letter of the English alphabet and also happens to be a vowel at the same time. This means that it is one of the most commonly used letters in the English language. It is […]

10 min read
Revision: Punctuation Practices (not commas)
SHSAT
So far, our revision prep for punctuation has focused on the comma, which makes sense.  Misuse of commas is the single most common mistake made in writing, and SHSAT writers will take advantage of those mistakes and see if you can identify them.  But, there are many other punctuation mistakes that are made in writing.  […]

Checkout
or
Wow! You really love to learn! Awesome!
You have reached the daily download limit. Please come back tomorrow for more free worksheets or Upgrade your plan
Become a Premium Member and get: Upgrade You will not be charged. We offer 7 days free trial!